Bhutan receives four electric cars from the Republic of Korea 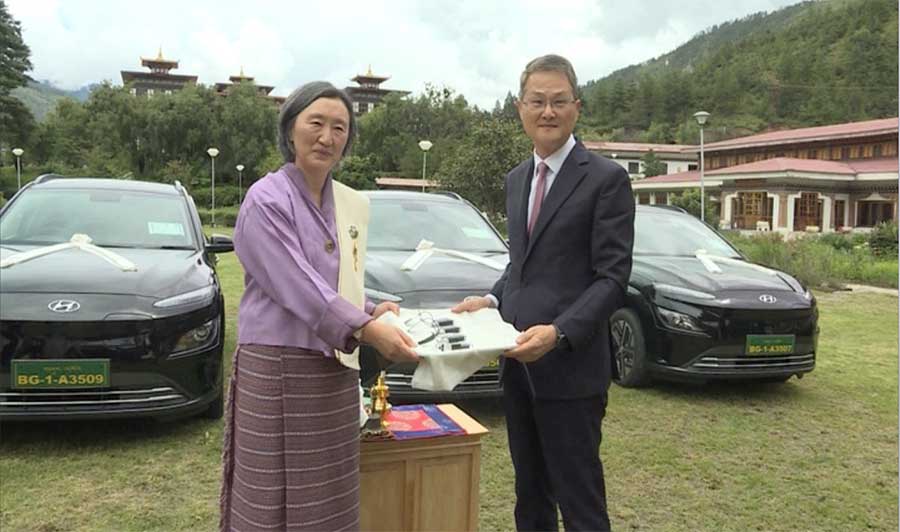 The Ambassador of the Republic of Korea to Bhutan, Lee Jang-Keun, handed over four electric cars to Foreign Secretary Pema Choden.

While handing over the cars, the Foreign Secretary said electric cars will contribute to the government’s effort to promote a low Carbon Transport System which is one of the actions for low emission development to support Bhutan’s effort to remain carbon neutral in its first Nationally Determined Contributions under the Paris Agreement.

The Hyundai Kona electric car can travel 473 kilometres with a full charge.