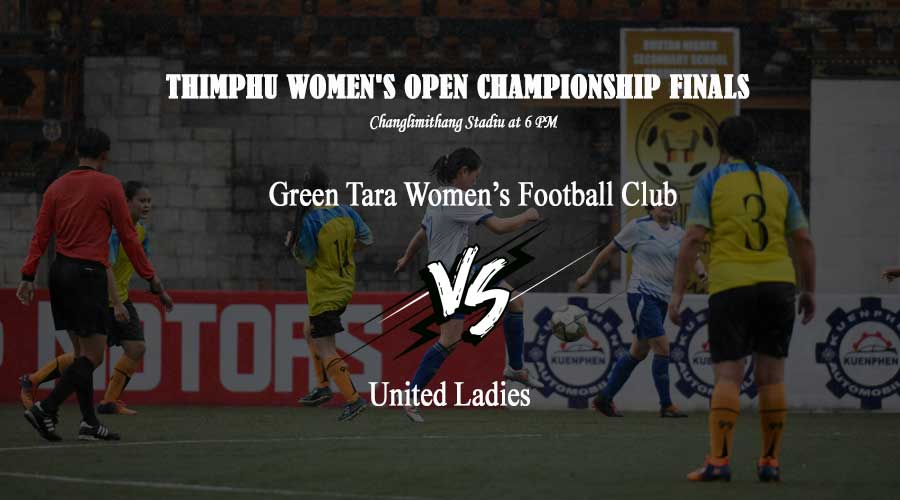 The Green Tara Women’s Football Club will face United Ladies in the finals of the Thimphu Women’s Open Championship. The match will be played at the Changlimithang Stadium tomorrow and will kick off at 6 PM.

Green Tara Women’s FC and United Ladies are both undefeated. Eight teams were divided into two groups with the top two teams from each pool going through to the semis.

Green Tara Women’s FC has had a very dominating run in the championship. Having won every match so far and with the highest tally of goals scored in the tournament, the odds are very much in their favour.

However, United Ladies who have four wins and a draw will look to break the undefeated streak of Green Tara Women’s FC and win the tournament.

The Championship is aimed at enhancing women’s football and encouraging women to take part in football for a healthy lifestyle.