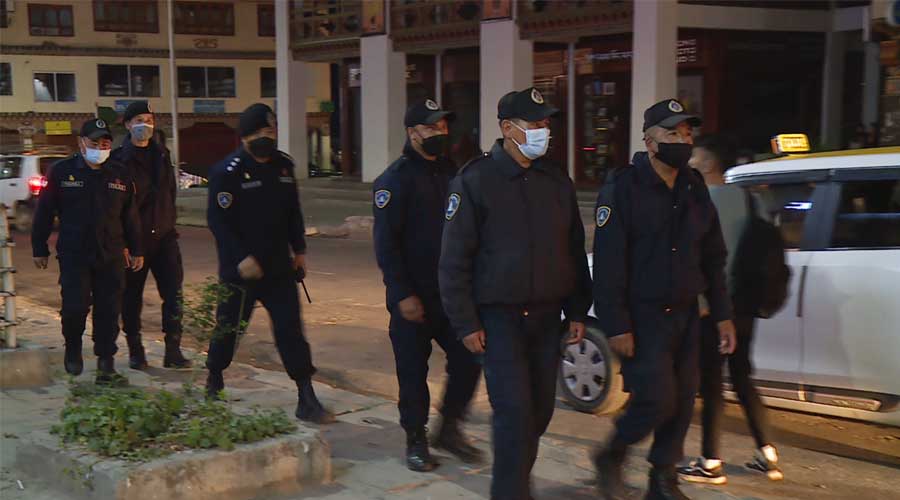 The Central Thimphu Police Station alone arrest at least four people in a day for various crimes and offences. As per the RBP’s statistical report for 2020, the highest number of arrests made in the year was for battery cases. Today, the police have brought down crime in the city, including battery cases, through intense patrolling.

The police go out on night patrols every day. But on Wednesdays, Fridays, and Saturdays, the so-called “party nights”, they perform intensive patrolling which involves frisking any suspicious-looking people.

Most reports usually come in on these nights, with the majority being the battery.

Battery accounted for more than 80 per cent of all crimes committed against a person in 2020 according to police reports.

The police started their intensive patrols on 27th May. The police move out in large groups and patrol the streets until as early as 2 in the morning. And they say the results have been positive.

The police say they started the intensive patrolling with the aim to make the city safer.