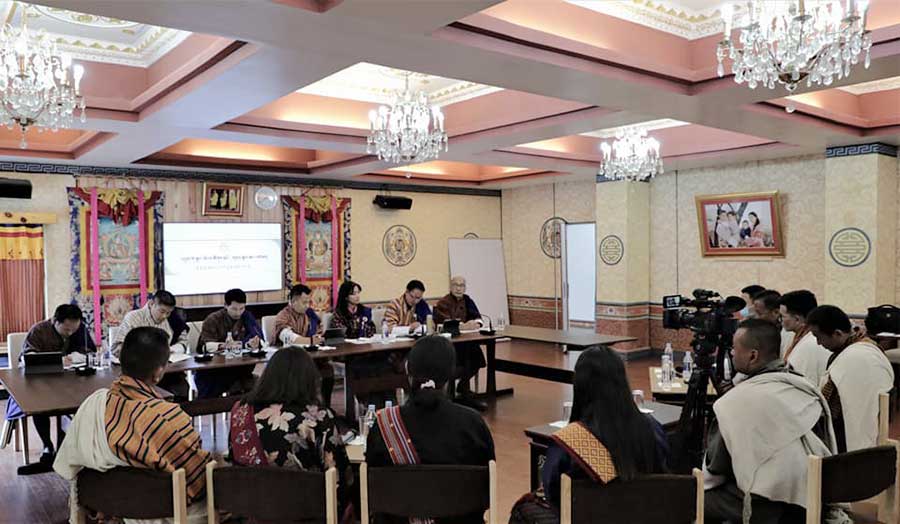 The Joint Committee’s recommendation to give human resource independence to the ACC failed to get a two-thirds majority for endorsement on Monday. The members of the National Council said this happened because of the voting procedure the Speaker initiated for that particular recommendation.

During the press conference yesterday, the NC members said the due procedure was not followed while deciding on whether the ACC should be given HR independence or not.

“No topics have been decided through the voting machine until now. I was confused. They are doing it at their convenience. During the time of the decision, the Chairperson of the National Council also repeatedly told them about the procedure and to look into it again, but since they have the right to over the house, they didn’t listen at all,” said Lhaki Dolma, the Council Member of Punakha.

“I was not so satisfied with the deliberation made by the Joint Committee’s chairperson on the recommendation. We want to support our deliberation, but the way the chairperson of the committee said he is fine with any decision is actually senseless. It is not reflected in the Legislative Rules of Procedure 2017 that each topic should be decided via votes,” added Sangay Dorji, the Chhukha MP.

Refuting these allegations, Speaker of the National Assembly Wangchuk Namgyel said the house followed the Legislative Rules of Procedure 2017 during the voting. As per the procedure, the final report shall not be open for further amendment at the joint sitting and, after the report has been submitted by the Chairperson/Member, the Bill shall be put to vote by the Speaker.

Considering the seriousness of the discussion, he said the voting machine was used so that the members would not feel obliged to vote against their decision. He said voting by show of hands sometimes influences members to follow an influential member.