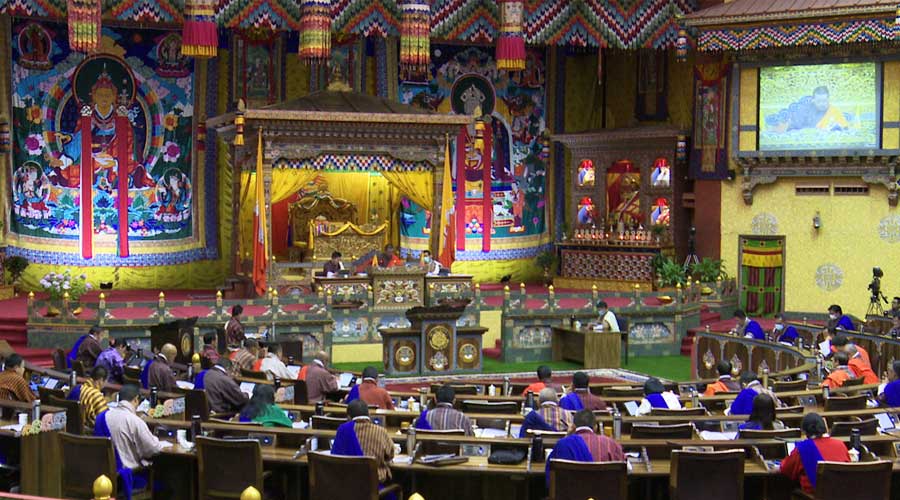 The Public Accounts Committee during the Joint Sitting today, recommended the government consider dropping irregularities pertaining to the dam site development of PHPA-I if the Barrage option gets through. The government is waiting for India’s response to replace the dam with a barrage for now.

The Public Accounts Committee presented their review report on the Annual Audit Report. The committee said the geological conditions of the right bank dam area are seen as force majeure conditions of nature. Force majeure refers to unpredictable events beyond anyone’s reasonable control.

While some supported the recommendation, some did not.

“The RAA has their act which they will refer to and act accordingly. I cannot support this recommendation because there is an issue and here we are talking about dropping,” said Tempa Dorji, the Council member of Lhuentse.

“If there has been corruption and wasted huge government money, RAA should act accordingly,” added Economic Affairs Minister Loknath Sharma.

The committee found out that the decision to relocate the dam resulted in cost and time overrun. The committee also made other observations like payments for materials without certainty of their use in the dam construction, incorrect calculation of labour wages, price variation on the contract amount and incorrect rate analysis.

However, through a show of hands, the recommendation was passed. It will now be forwarded to the Royal Audit Authority.

According to Opposition Leader Dorji Wangdi, the recommendation was not passed constitutionally.

The speaker, however, said resolutions can be passed by a show of hands through a simple majority. He said the two-third requirement will normally be used when the House pass a contentious Bill. In such cases, the speaker said a voting machine will be used.