The council’s Chairperson of the Economic Affairs Committee cited an example of the Punatshangchhu-I Hydroelectric Project Authority (PHPA-I), which faced time and cost overruns. MP Ugyen Tshering said the PHPA-I began in 2008 and was scheduled for completion in 2016 with the then estimated budget of more than Nu 35bn.

But now, the project’s revised budget has tripled to more than Nu 93bn.

Likewise, the Kholongchhu Hydropower Project began in 2015 to be complete in 2020, with a budget of more than Nu 33bn. However, due to the delay in work, the budget soared to more than Nu 54bn. These setbacks have cost the government to lose millions of revenue.

“The delays and cost escalations of these projects have resulted in the loss of potential revenue, leading to budget deficits and accumulations of debts. And this will hurt our future generations,” elucidated MP Ugyen Tshering, the Chairperson of the Economic Affairs Committee. 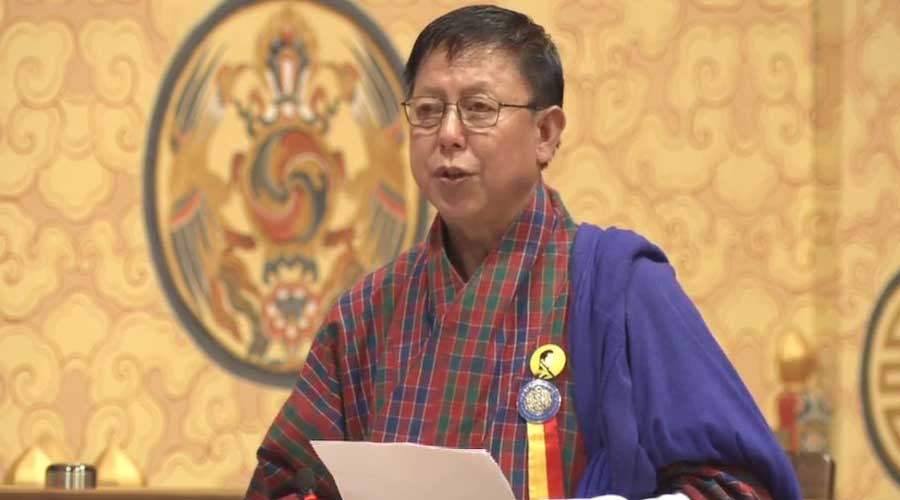 On behalf of the committee, he also highlighted how the slow pace of hydropower ventures brought economic uncertainties to the people.

“The delay of the Kholongchu Hydropower Project has left house owners and transporters in limbo. They are not able to repay loans. Contractors engaged in the project haven’t been paid,” he added.

The House also recommended the government provide a definite timeline for the implementation of the Sunkosh Hydropower Project in Lhamoi Dzingkha Dungkhag.

The project has slowed developmental works such as roads and bridges in the dungkhag. This has hindered the people there from reaping transport benefits.

“The alternate route to connect the Dungkhag with Dagana Dzongkhag has been halted as many bridges are yet to be constructed. People are also not able to cultivate crops, anticipating the change in land use category if the project comes through,” continued the Chairperson of the Economic Affairs Committee.

The committee proposed the recommendation while discussing the costs of hydropower projects in the annual budget report 2022 to 2023, yesterday.

Following the discussion, the House unanimously endorsed the recommendation.

Today, there are four ongoing hydropower projects in the country.

They are PHPA-I and II in Wangdue Phodrang, Kholongchu Hydropower Project in Trashi Yangtse, and Nikachhu Hydro Energy in Trongsa.

Even the remotest parts of the country have access to clean, reliable and affordable electricity.

Bhutanese policymakers hugely bank on the hydropower resources to achieve the Sustainable Development Goal (SDG) 7 which is to “ensure access to affordable, reliable, sustainable and modern energy for all.”

Over the years, the hydropower sector generated billions of revenue for the country. The sector is one of the key contributors to the country’s Gross Domestic Product(GDP).

Hence, with most of the COVID restrictions lifted, hopes are high that the hydropower plants will revive the economy.