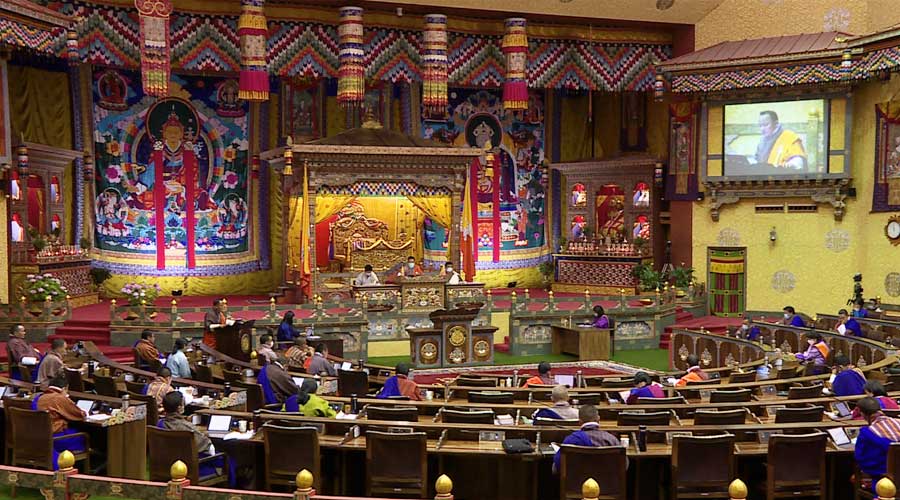 The Finance Minister presented the National Budget of about Nu 75bn for the financial year 2022-2023 to the National Assembly today. It is about Nu 3bn less than last year. According to the minister, the budget has been formulated to accelerate the economic recovery process through various strategies. This is expected to boost the economy which has slumped to an all-time low in 2020.

The pandemic has forced the country’s economic growth to an all-time low of -10.1 per cent. However, the finance minister says it is set to rebound with the country slowly opening up. Presenting the national budget, Finance Minister Namgay Tshering says the economic growth will increase to 4.5 per cent by this year.

The finance ministry is proposing a recurrent budget of more than Nu 36bn. It is to be met from the domestic revenue.

“This year, our main focus is to cover recurrent expenditure through domestic revenue. Currently, our country relies on imported food and products so instead, we need to focus more on reducing dependency on imported products by consuming locally available products. Budget allocation for 2022 to 2023 would mainly be people-centric,” said Lyonpo.

More than Nu 38bn has been allocated as a capital budget. It will be funded through external grants and deficit financing through domestic borrowings and concessional external borrowings.

The Local government comprises the highest budget allocation with nearly 22 billion Ngultrum followed by the health and education sector. The Budget has been formulated with the main focus on accelerating economic recovery in the field of food self-sufficiency, human capital development, sustainable infrastructure development, and social security.

Meanwhile, the total revenue is estimated at nearly Nu 52bn which is a 13.8 per cent decrease from the previous fiscal year due to a decrease in grants and other receipts. However Domestic revenue has increased by 2.2 per cent compared to the previous year.