A long wait for egg incubator machine in Pema Gatshel 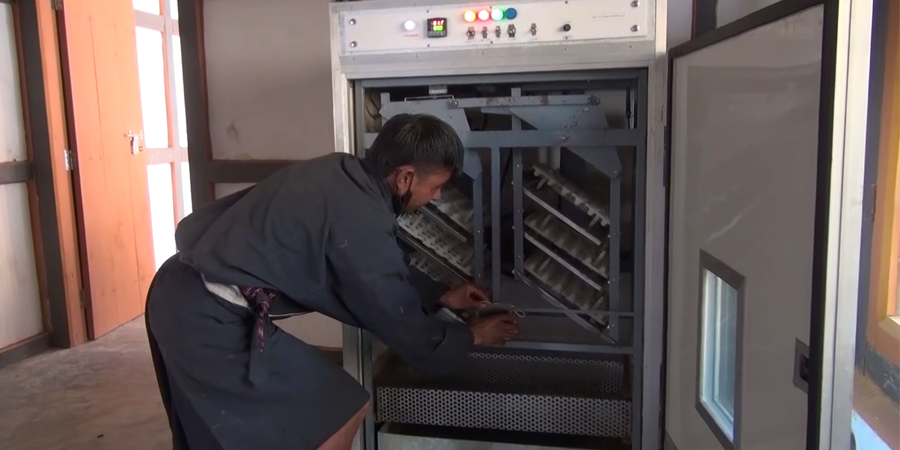 A group of youth in Khenadrang in Pema Gatshel found themselves a means to sustain livelihood by producing and supplying indigenous chicken breeds to nearby villages in 2015. They operated an egg incubation unit in the village. An egg incubation machine is used to hatch eggs by keeping eggs warm at a temperature of over 37 degrees Celsius. However, their livelihood could not sustain for long as the unit became dysfunctional in 2018. Today, the youth group is waiting for the district livestock sector to replace the incubator.

The egg incubation unit at Khenadrang in Zobel Gewog was a gift from His Majesty to the people. Three youth operate the unit which can produce 250 pullets or young hens. It takes 21 days to hatch an egg in an incubator. The youth group produced more than 750 birds between 2015 and 2018. The machine cost more than Nu 100,000.

“In the beginning, we started producing pullet at Amshingwoong. Back then, as the machine was new, we used to hatch chickens in a month and make some income. We used to earn between Nu 17,000 to 19,000 in two months,” said Sonam Nidup, unit operator.

The closure of the unit has also affected the poultry farms in Khenadrang.

“People are interested to start poultry farms. But they are not able to get pullets. We cannot bring from another district due to the pandemic. And cannot produce here either as the machine is not functional. So, most of the poultry farms are empty today,” said Yonten Thinley, Chungkhar-Pangthangdaza Tshogpa.

“Being a member of a poultry group in the village, we must raise chickens but due to the pandemic, we cannot bring pullets from other districts. If this unit is functional, we wouldn’t have faced that problem,” said Sampa, a Khenadrang resident.

But the situation is likely to improve soon. The chief district livestock officer said they have placed an order for another machine as the old one could not be repaired.

“We are planning to procure a machine that can hatch 500 chickens from India. Even the budget is ready. But we could not get the machine here due to the lockdown,” said Thinley Rabten, chief district livestock officer.

He added that the focus is on producing more indigenous chickens to supply to the remote villages and making people self-sufficient in egg production.

He said the indigenous chickens are easy to look after. Meanwhile, with the news of a bigger machine arriving soon, the unit operator and other residents of Khenadrang are already making plans to form a larger group to benefit everyone.

It may not be long before they can get back to business and start producing more pullets. The district livestock sector plans to get the new machine within two to three months.