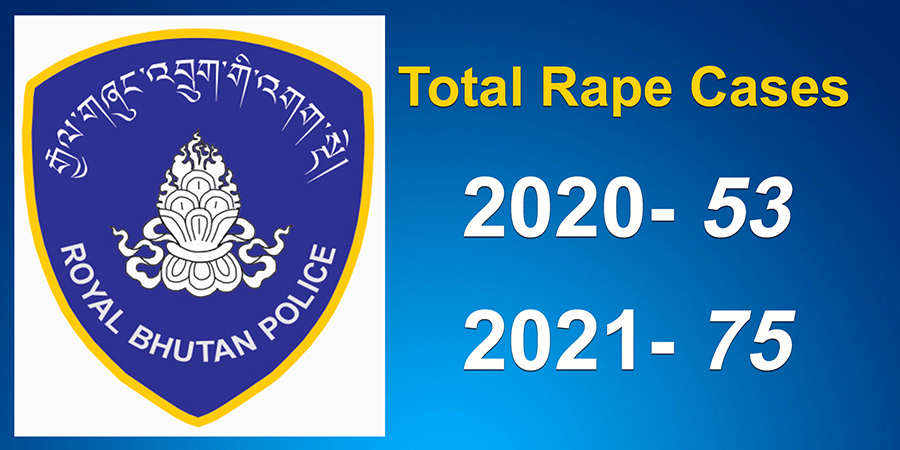 As per the Police records, there were 75 rape cases reported across the country last year. This was an increase of more than 41 per cent of cases reported in 2020. The Police say that most of the perpetrators were found to have mental health disorders followed by those under the influence of alcohol or drugs.

According to the Police, the number of rape cases last year increased by 22 cases compared to the previous year. In 2020, there were 53 reported cases.

Most of the rape victims were children aged between 12-18 years. Nearly 60 cases were reported in this age group.

Despite manpower shortage, the Police say they are intensifying inspections and patrolling. The Police are also urging the Thromde and concerned authorities to install CCTV cameras especially in isolated places and wherever required.

Furthermore, the Police said it is the responsibility of an individual, particularly the females, to avoid going out during odd hours or in secluded places.

Duo convicted for encroachment of govt land in Debsi, Thimphu