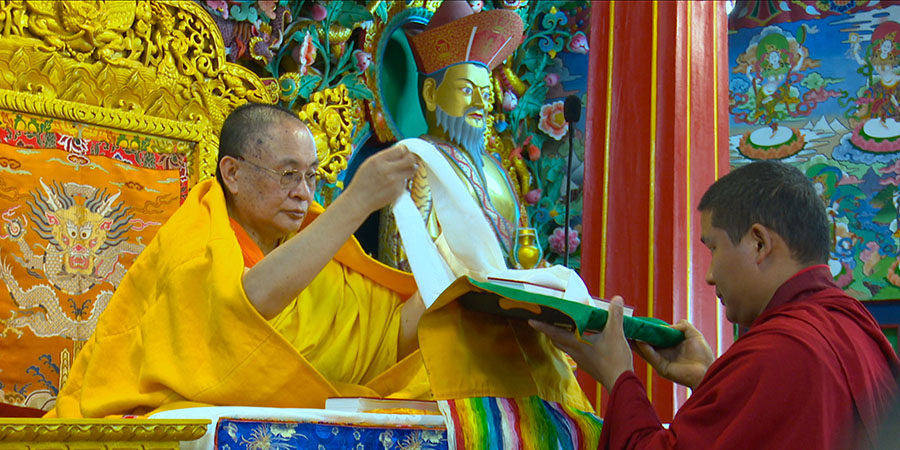 His Holiness the Je Khenpo launched a prayer book at the Namdroling Goenzin Dratshang in Lhuntse today. His Holiness compiled the book of 738 pages. It is to mark the 400 years since the establishment of the first monastic institute in Cheri in Thimphu and the 427th birth anniversary of Zhabdrung.

His Holiness distributed the prayer books to more than 200 lams and monks gathered at the event.

Some 2,000 copies were handed over to Lam Netens to be distributed in all six eastern districts. The copies will also reach other regions soon.

His Holiness spent more than Nu 4 M to print over 10,000 copies of the prayer book.