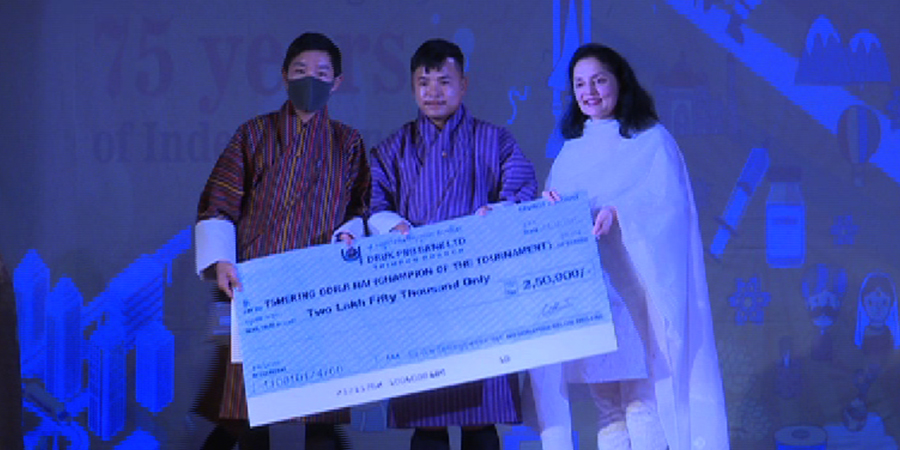 Tshering Dorji Rai won this year’s India House Golf Tournament and took home Nu 250,000 along with a trophy. Similarly, other winners received attractive prizes. Nearly 200 golfers participated this time. The tournament not only aims to encourage the golfers but also strengthen Bhutan-India Friendship. The annual India House Golf Tournament is dedicated to the Birth Anniversary of His Majesty the Fourth Druk Gyalpo and for the coronation Anniversary of His Majesty the King. The tournament was started in 1995.