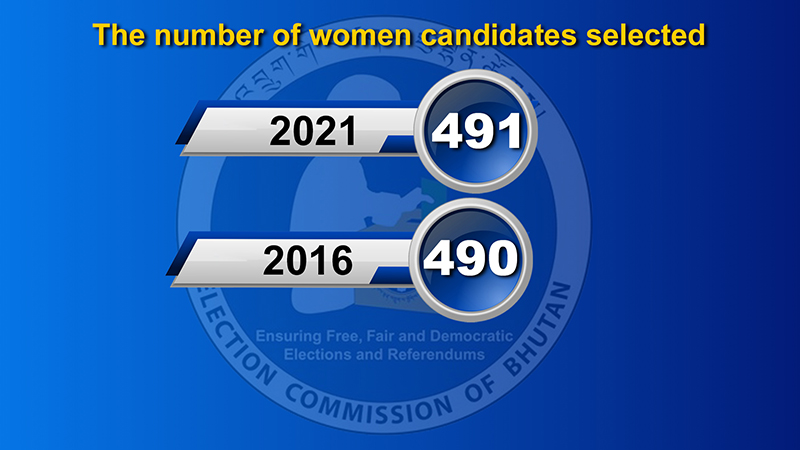 491 women will take part in the Local Government Elections this time. Among them, more than 80 percent are contesting for the post of Tshogpa in various parts of the country. 3514 candidates will participate in the third LG elections.

The number of women candidates selected this time is almost the same to that of the second LG election. A total of 490 women took part in the 2016 LG elections, as compared to 491 this time.

Among them, the majority of almost 60 percent are also contesting for the post of Tshogpa.

The poll day for the third LG election will be held on 22nd of this month.