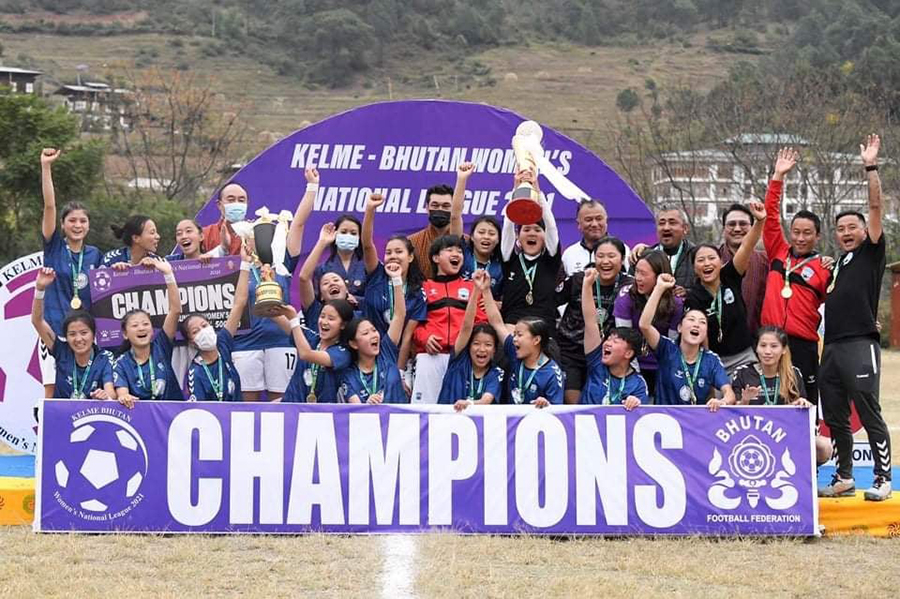 It was an uphill task for Ugyen Academy Women’s FC going head to head with the league leader. Not only do they have to win the match, but they also need to win it by two or more goal margin to seal the title.

And it looks like they are determined to overturn the odd when Kezang converted a corner from inside the box and put Ugyen Academy ahead in the fifth minute. But their joy was cut short when Galey Wangmo acted fast and made the best of fast-paced passes to loop a shot over the stopper in the 20th minute.

It was all but over when Pema Choden Tshering from Sunrise added another goal in the 57th minute. Like the first goal from Ugyen Academy, Pema was in the box to convert a corner kick into the extreme left leaving no chance for the keeper to save.