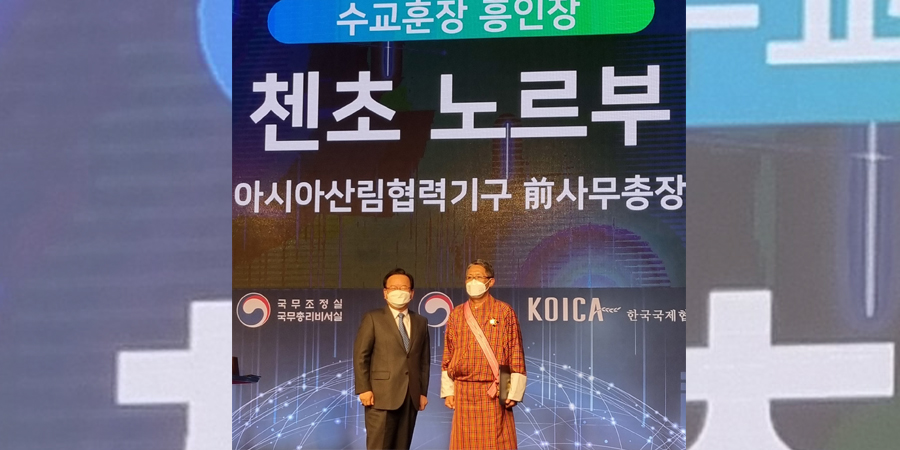 Chencho Norbu, the former Secretary of the Works and Human Settlement Ministry was awarded the Order of Diplomatic Service Merit (Heungin Medal) by the Government of the Republic of Korea. It is one of the highest civilian awards of South Korea and is a relatively rare honour.

The honour is usually awarded to foreign officials or ambassadors for significant contributions in strengthening friendly relations with the Republic of Korea.

The Asian Forest Cooperation Organization, headquartered in Seoul posted the news on its Facebook page earlier today. Chencho Norbu is currently serving as a Technical Advisor of the organization. He completed his two-year term as the first Executive Director of the organization last year.