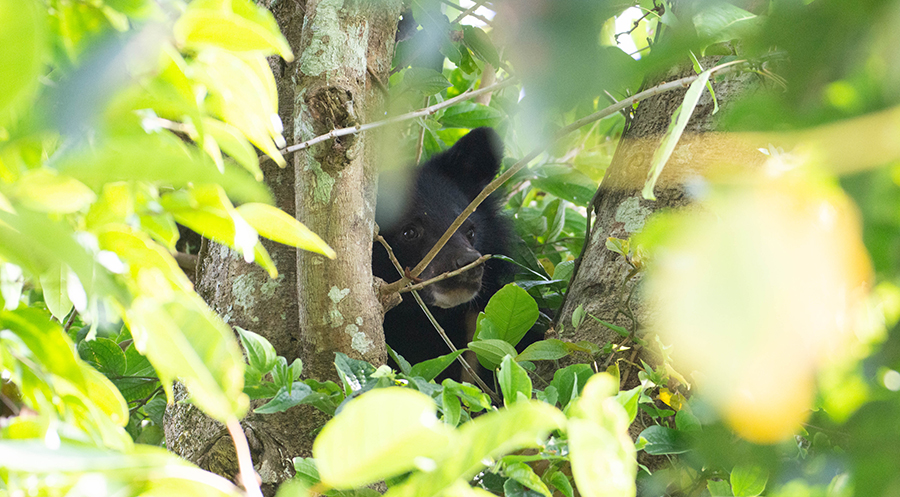 The Tsirang Forest Division rescued a female Himalayan black bear from Tashichhoeling chiwog in Pungtenchhu Gewog of Tsirang, today. The bear was found seeking refuge on a tree from barking dogs. Residents suspect the bear came to feed on guavas grown just a few metres from a house.

The bear is being released in the nearby forest having the same habitat.

The division office also rescued a male Himalayan black bear from Riserbu in Mendrelgang Gewog on the 31st of last month.

According to the division office, it is at this time that the Himalayan black bears will feed actively to prepare for hibernation. The office states the bears depend on human food sources especially when natural food sources are scarce. People are cautioned to take preventive measures to avoid conflict with the bears.