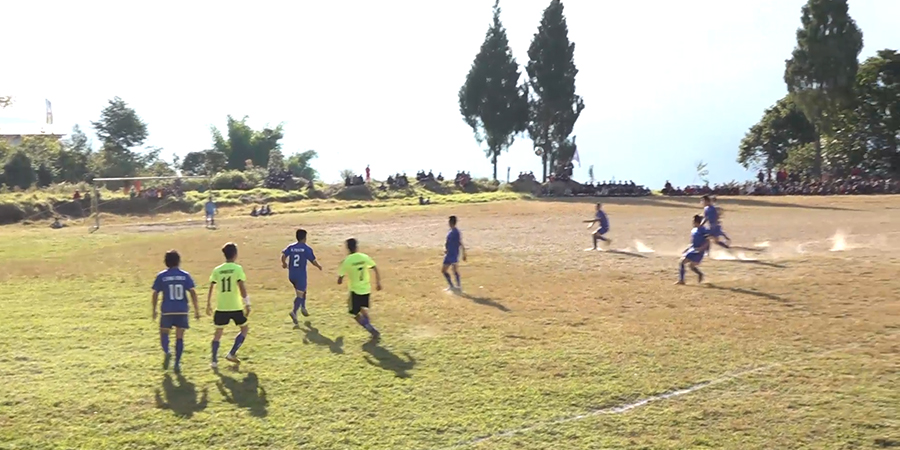 Like elsewhere, Zhemgang is also fond of football. Sports enthusiasts, both men, and women have also grown over the years. Be it weekend, holidays and any other occasions, football is the most played sport there. However, without a proper pitch, potential players are not able to hone their skills for bigger tournaments. The sports enthusiasts said they are desperately in need of a proper public ground.

The dzongkhag’s departmental final was played recently at the Zhemgang Lower Secondary School ground – the only football ground in the dzongkhag. However, it appeared as though the match was played in a dust devil. The ball was hardly visible. Most of the matches, especially in the dry season are played in the dust, often leading to injuries.

According to a veteran footballer, Tshering Tenzin, if they have a proper football ground with artificial turf for the public, it will immensely benefit them. “Especially, it will also help youth and children here keep themselves away from unwanted activities.”

Likewise, another football enthusiast, Sonam Dorji, said if the relevant stakeholders could provide them with an artificial turf, it will not only promote the sport but will also help sports enthusiasts hone their skills.

Despite an increasing number of women football enthusiasts in the dzongkhag, no tournament has ever been organised for them due to the lack of football ground. Even for a friendly match once a while, they wait for weeks.

Today, football teams have to reserve the Zhemgang Lower Secondary School’s football ground weeks ahead for a friendly match.

However, this might change soon. Upon the recommendation by the Bhutan Football Federation (BFF), the dzongkhag administration will soon propose an artificial turf to the federation.