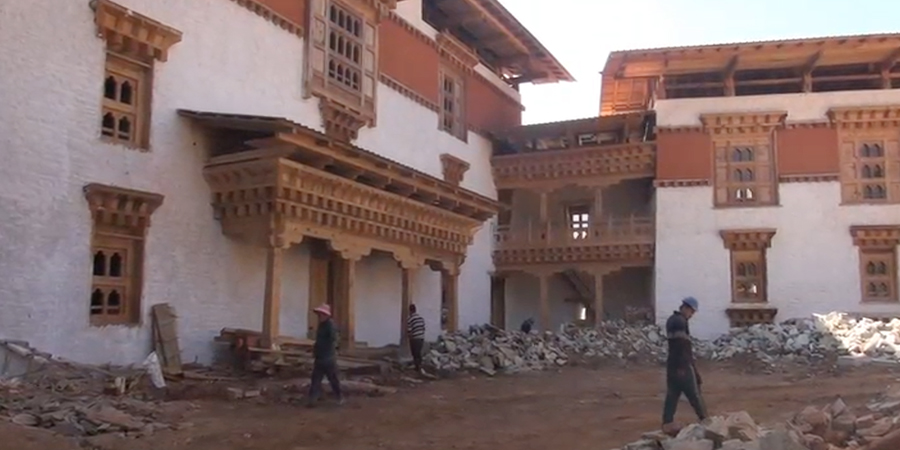 The reconstruction of the Drugyel dzong in Paro is expected to complete ahead of its deadline. The works are nearly 90 per cent complete according to project officials. The Dzong will be finished by June next year, six months ahead of schedule. 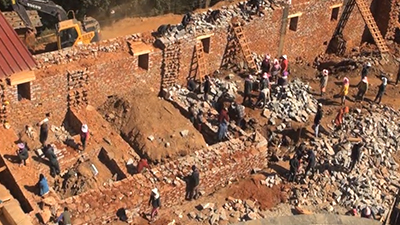 After remaining in ruins for more than seven decades, the Drugyel Dzong, now adorned in the traditional white and red paint, is gradually returning to its former glory.

The reconstruction of the Dzong started in 2016.

Currently, there are over 200 people hard at work every day to complete the last of the seven phases. All that remains now is the construction of a two-story chamber at the back of the dzong.

“We have completed 87 per cent of the project. And financially we have spent over Nu 310 M, which is 62 per cent of the total estimated cost of Nu 500 M. The dzong is being reconstructed in the same traditional way as it was before,” said Namgay Dorji, Project Manager of the Drugyel Dzong Reconstruction Project.

The dzong has five watchtowers which were also restored although it was initially not included in the project.

“Our work is to reconstruct the dzong only but looks like we will have some leftover budget. The leftover budget will be used to repair the three watchtowers and two water towers at the back of the dzong. We will mend the torn walls and do the roofings so that we will preserve its antiquity,” added the Project Manager.

With the Dzong almost ready, the residents are excited.

“The dzong caught fire when I was a child. So, I cannot remember much. Now, I am 71 years old and it is a delight to see the dzong taking shape. With the paints, it is becoming even more attractive,” said Sonam Bidha, a resident of Drugyel.

“The construction works are in full swing and the quality of work is appreciative. Its finishing is fine. And there are many rooms also. The design is impressive,” said Kaley another resident.
“It did not look nice to leave the dzong in ruins. Now, thanks to His Majesty The King, the dzong is almost complete without us having to work even for a day,” said Pempa Tshering, another resident.

The Dzong was built in 1649 by Tenzin Drukdra under the command of Zhabdrung Ngawang Namgyel as a symbol of victory over external invasions. It was badly destroyed by a fire in 1951.