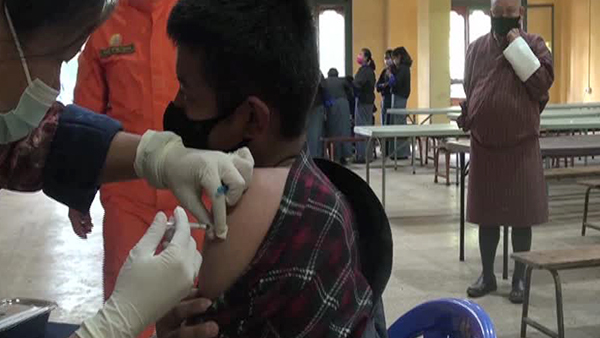 The National Immunization Technical Advisory Group  (NI-TAG) extended the vaccination deadline for children aged between 12 and 17 years until Thursday. This is to make up for the lost time during the government holidays and the weekend. However, there is an exception for those unvaccinated people coming from abroad. Similarly, those who have received the first dose will also be provided with the second dose.

According to a member of NI-TAG, Dr Sonam Wangchuk, the five-day vaccination campaign could not cover the entire unvaccinated population because of the weekend and holiday break. In these two days, the Ni-TAG aims to complete the vaccination for children.

Dr SonamWangcuk also said that after this round of vaccination, the only people eligible for the vaccines would be children aged five and 11 years.

Booster dose for all eligible population to begin this month