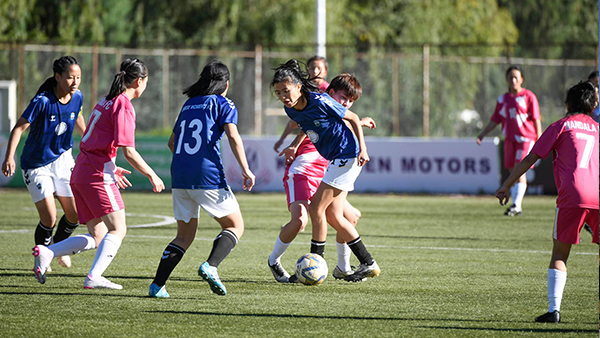 The match was played at the Changlimithang stadium. Sunrise Women’s FC scored one goal in the first half of the match.

They came out stronger in the second half, smashing in two more goals. Sunrise Women’s FC is the only team to beat Mandala Women’s FC in the league.