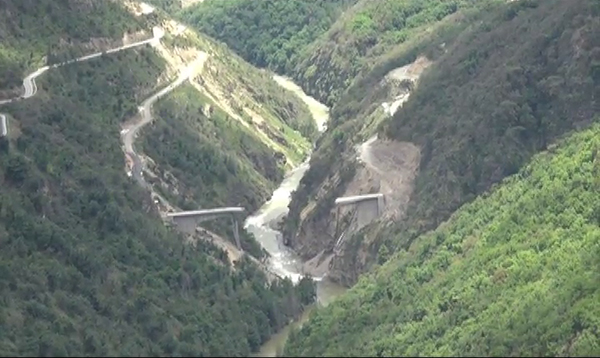 A new bridge over Wangchhu along the Damchhu-Haa bypass will be constructed from November. The project DANTAK will construct the bridge. The previous bridge which was almost complete collapsed in February this year killing nine Indian workers.

The new bridge will be constructed 800 meters further downstream from the area where the bridge collapsed.

The 60-meter long new bridge is expected to be ready in six months.

“I feel that it might take some time but am arguing that it has to be completed as soon as possible. It will be completed at the earliest,” Lyonpo added.

The construction of the collapsed bridge began in January 2017 at the cost of Nu 230 M. It was 204 meters long. The minister said they are yet to ascertain the cause of the collapse.