Drying lakes in Dagana to be revived 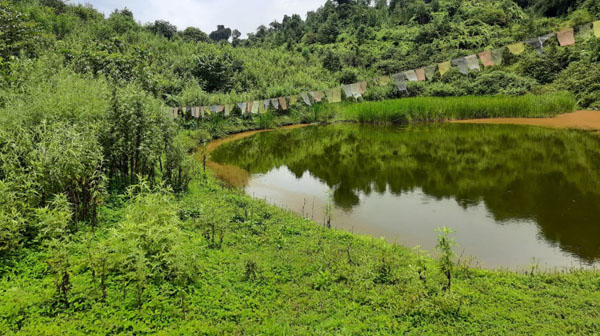 Plans are underway to revive the lakes in Dagana’s three gewogs. People have been concerned with the lakes in their communities drying. They said the situation led to drinking and irrigation water shortage in the gewogs.

The Jorpokhori Lakes in Gozhi-Toed chiwog are among the lakes the district environment sector will revive soon. According to the chiwog’s people, there used to be four lakes in the area. But today, one of them has dried up, and two remain covered in weeds.

Gozhi Mangmi, Santa Bdr. Subba, said, “If the water volume in the lakes increases, it will recharge the smaller streams below. It will ensure an uninterrupted drinking and irrigation water supply.” 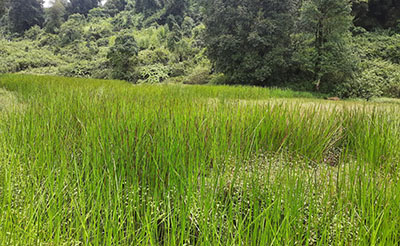 Due to the shortage of irrigation water, many people in Gozhi-Toed have left their fields fallow.

“We hope to resume paddy cultivation if we get enough irrigation water,” a Gozhi-Toed resident said.

An elderly in the chiwog, Wangdi Sherpa, added that the Jorpokhori Lakes used to be big surrounded by a thick forest.

“Later, people started cutting down trees for firewood, and animals started grazing around the lakes. Maybe this is why the lakes are drying.”

Recently, Dagana’s National Council Member also led a team comprising officials from the district administration and the Gozhi Gewog to the Jorpokhori Lakes. They discussed the importance of reviving the lakes.

MP Surjaman Thapa said, “the communities in the southern foothills have to depend on spring water. So, reviving these kinds of lakes will recharge the spring water sources.”

Besides the Jorpokhori Lakes, the district environment sector will revive the Doogag Lake in Gozhi Gewog and another in Drukjeygang Gewog. It has allocated Nu 3.5 M for the project.