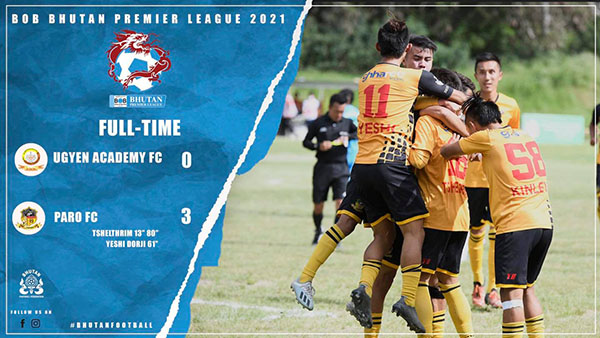 Paro FC defeated Ugyen Academy FC 3-0 in the ongoing BoB Bhutan Premier League at Punakha today. The home team, Ugyen Academy FC conceded an early goal in the first half of the game. Paro FC hammered in two more goals in the second half sealing the victory. Paro FC are now level on points with Thimphu City FC in the league table.

In the next match, Gomo FC will take on High Quality United FC tomorrow at the Ugyen Academy ground in Punakha.