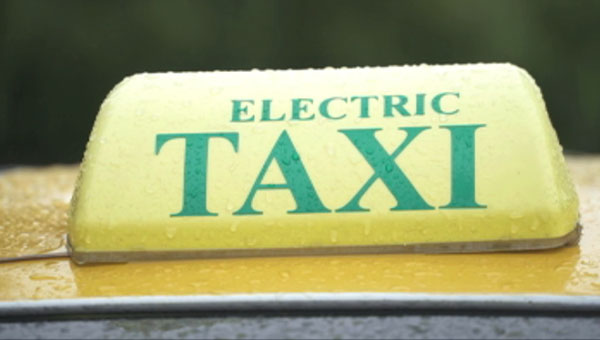 Some lost their jobs, some businesses are struggling to stay afloat and a lot of projects are at stake. It is not a nice thing to say or write. But it is the fact. The pandemic has disrupted the economy and businesses globally, and continues to affect lives across all sections of society. In the country, one of the biggest environmental projects, the Bhutan Sustainable Low Emission Urban Transport System is delayed because of the pandemic leaving some taxi drivers in a helpless situation.

By this time of the year, around 300 taxis should have been replaced by electric vehicles (EV). But only 14 EV taxis are on the road as of today.

It is a Global Environment Facility supported project where taxi drivers are given a subsidy of 5,500 US dollars if they purchase an EV that costs 1.9 million Ngultrum and above. They are also given 70 per cent loan without collateral from the Bank of Bhutan. So, more than 300 taxi drivers registered for this scheme. Some of them sold their old taxis only to find out delivery of their electric vehicles is delayed amid the pandemic.

“It has been difficult for them as they depend on taxis for a livelihood. So, the Taxi Association has been in constant touch with the dealers requesting them to expedite the delivery,” said Rinzin Chophel, the Chairperson of the Bhutan Taxi Association.

Tshering Norbu, a taxi driver in Thimphu said he has ordered an EV taxi almost two years back and still waiting for it. “Excited that the car will be delivered soon, I even sold my old car. But since it is taking time, I bought a second-hand taxi again to sustain my livelihood. They told us that the cars will be arriving soon. However, we are not sure when. But since the delay is because of the pandemic I don’t even complain or push the dealer. If there is anyone to be blamed, it is the pandemic.”

The project unit under the office of the Prime Minister has released a subsidy for 135 electric vehicles to four motor dealers in the country so far. Kuenphen Motors which has the highest order for 123 EVs has delivered eight vehicles so far.

“Because of disruption in the supply chain we are facing inevitable delay. Also, we do not have direct vessel service from Shanghai to Kolkota. Ultimately, the transship port is either Malaysia or Singapore. Usually, under normal situations, the transhipment at any connecting port should be available within a week. But, at this moment, transhipment at the connecting ports is taking a minimum of 14 to 21 days,” said Thukten, the owner of the Kuenphen Motors.

Due to delays amid the pandemic, the project implementation time frame is extended by a year. The project is expected to complete by September next year. The information and communications minister, during the recent meet the press session, said the government is hopeful of implementing the project within the given time frame if the global COVID situation improves.

Similarly, Kuenphen Motors expects to deliver all the remaining cars within January next year. “However, that will also depend on the pandemic situation,” the owner said.

The information and communications ministry started the Bhutan Sustainable Low Emission Urban Transport system about two years ago. It was to maintain the country’s commitment to the international community to remain carbon neutral for all times to come. The 300 electric vehicle taxis will reduce 43,000 tonnes of the country’s carbon dioxide emissions within nine years. A car is estimated to release close to 16 tones of carbon dioxide into the atmosphere every year.