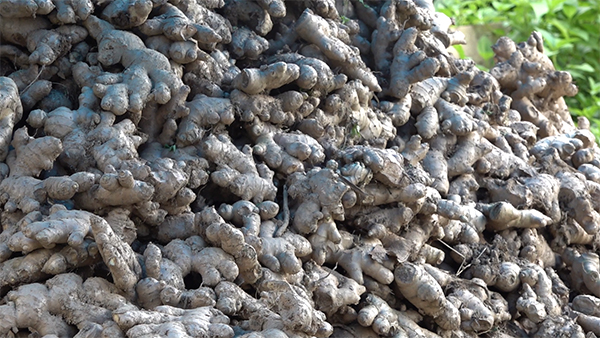 Despite the good harvest, farmers of Damzhagsa village under Tading gewog in Samtse district are finding it hard to sell their main cash crop, ginger today. With a few of them availing loans from the Tarayana Foundation to grow ginger this year, farmers are now worried about repaying their loans on time.

Almost every household in Damzhagsa village, locally known as Thunuwa have been growing ginger for decades. With only a handful of people cultivating cardamom and mandarin, ginger has now become the main cash crop for the Thunwa villagers. The story however is different this time.

With border gates closed and an unpromising market in the country, Mahindra Rai, 34, is left hopeless. Normally, by this time of the year, all goods would be sold. 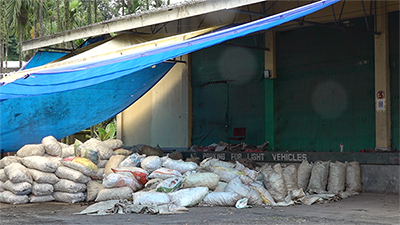 But this time, they are running short of space to store gingers. Moreover, having to keep it fresh is increasingly becoming a challenge.

“Earlier, we did not face any problems in selling our gingers. However, this year, it is very difficult to find a market for our produce. The ones which we have harvested till now are also gradually getting damaged due to rain. FCBL has also not been able to sell our gingers. Over half of my gingers produced this year has rotten due to the market issue,” said Mahindra.

“We did not take any loans a few years back. But this time, since there was no ginger mother rhizome in the village, we had to take loans and buy ginger rhizome from various other villages. But now, going by the current state of our business we don’t think we will be able to repay our loans on time,” added Mahindra.

Like Mahindra, some 18 farmers in the village availed a loan of some Nu 100,000 for ginger farming.

“Compared to the previous years, a lot of the villagers have ventured into ginger farming this year. Some of us have taken loans and now there is no market due to the pandemic. We are worried,” said Santa Bdr Rai.

Meanwhile, the local exporters are exploring new markets other than India to market ginger.

“There is no market for ginger in India as of today due to border gate closure. Moreover, we are also not allowed to sell ginger to India. That is why we are trying to export gingers to Bangladesh. We do get a lot of calls from farmers asking to help them sell their products but it is difficult due to lesser demand and poor market,” said Suk Bdr Rai, an exporter.

According to the Food Corporation of Bhutan Limited in Samtse, the delay in marketing the ginger is because Bhutanese gingers are listed as a restricted item in West Bengal.

“Till the month of May, as per our buyback policy, we have bought gingers from farmers. But like farmers, we have also not been able to sell gingers to India as the Bhutanese gingers fall under the list of restrictive export items in West Bengal today. Ultimately we had to stop buying from the farmers as it would simply occupy the space here and get damaged,” said Kinley, the manager of FCBL auction yard.

However, the FCBL in its recent meeting has decided to buy gingers from the farmers at Nu 20 per kilogram. The decision is expected to be a fair deal for both parties given the current situation. The office is also exploring other markets.

According to the district agriculture office, fifteen gewogs in Samtse alone are expected to produce over 400 metric tons of ginger this year.