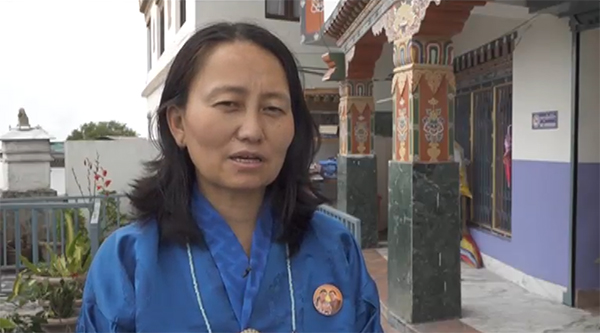 Campaign pledges, experience and contesting for the ruling party are what changed the game for DNT’s Karma Lhamo who won the Monggar constituency in a landslide victory yesterday. This is what some voters in the constituency have to say about the National Assembly bye-election results.

The Election Commission formally declared the results of the bye-elections for Monggar and Nganglam constituencies today. 42-year-old Karma Lhamo is the MP-elect of the Monggar constituency. She will represent the constituency in the National Assembly.

The former DPT candidate, secured more than 4000 votes while her contender Dorji Youden could secure only over 2000 votes. Karma Lhamo swept almost all five gewogs in Monggar constituency except Chhaling. During the 2018 Parliamentary elections, she lost the Monggar and Drepoong Gewogs by a small margin to Dasho Sherub Gyeltshen.

“I feel that Karma Lhamo got elected since she is contesting for the ruling party. We also have more faith in the candidate of the ruling party. We thought that the elected candidate would fulfil all her manifestoes. If she cannot fulfil all her pledges, we have also equal responsibility to remind her of her campaign pledges. We have also reminded her to fulfil the pledges during the common forums,” Pema Drakpa from Monggar.

“I think she got elected since she is experienced enough. It is the fourth time she is contesting in the election. So everyone knows her work experience. She has also made many pledges during the common forums. And many villagers know her and have faith in her,” said Cheki.

For Karma Lhamo, fulfilling her campaign pledges will be the top priority after joining the office.

“In Monggar constituency, I would like to prioritize to complete all the developmental activities on time. Besides the 12th  Five Year Plan, I also want to prioritize my campaign pledges by discussing with the public and the government.”

And Dorji Youden from Chhaling Gewog received more votes from the polling stations in Chhaling Gewog only. Dorji says she is surprised by the results.

“I was not happy when the results of the bye-election were declared yesterday. Going by the comments on Facebook posts and the number of calls received from the supporters, I thought the difference in vote counts wouldn’t be that huge. So we can’t really predict the mind of the people.”

Monggar constituency has close to 11000 registered voters. And as per the Election Commission’s record, only 55.8 per cent of the voters turned up to cast their votes for the bye-election in Monggar.