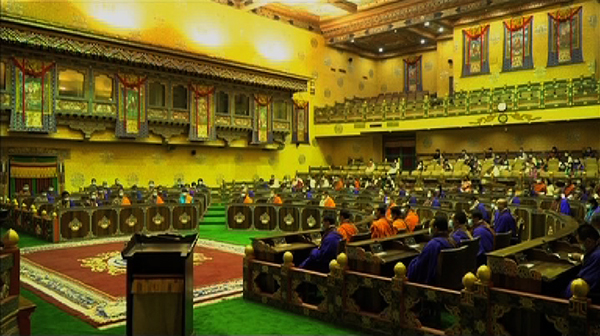 The National Assembly Speaker in his concluding address expressed gratitude to His Majesty the King for travelling extensively looking after the concerns and difficulties of the people and monitoring the COVID-19 situation in the country.

The Speaker also thanked the Indian government for the Buddha Statue that was gifted to Bhutan recently.

The 5th session of the Parliament deliberated on the most controversial issue of the Mines and Minerals Bill. The Speaker used his power under the Legislative Rules of Procedure 2017 to defer the bill indefinitely.

According to the Speaker, the Bill can now be tabled as a Private Member’s Bill or Government’s Bill after six months.

The Parliament also passed the Budget Appropriation Bill of more than Nu 80bn for the Financial year 2021-2022 along with the Tobacco, Tax, Customs Duty and Lhengye Zhungtshog Bills.

With the adoption of the Tobacco Control Amendment Bill 2021, individuals can now sell, buy and distribute tobacco and tobacco products in the country. The government declared the Bill as an Urgent Bill following the continuous smuggling of tobacco products through the country’s porous southern border and associated threats of importing coronavirus into the country.

Meanwhile, the Parliament deferred the Goods and Services Tax 2021 to July 2022 and adopted the Amendment Bill. The Bills will now be submitted for Royal Assent.