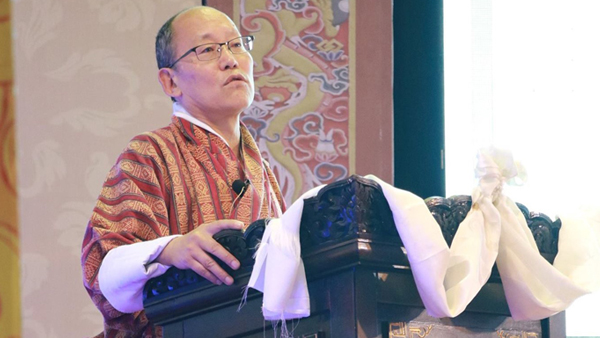 Dasho Karma Ura, the President of Centre for Bhutan Studies & GNH Research, and well-known Buddhist Scholar is conferred the Vaishakh Samman Prashastri Patra (Vesak Citation of Honour) jointly by the Government of India and the International Buddhist Confederation.

The award constituted and recognised by the Ministry of Culture and the International Buddhist Federation, is given away every year to researchers, scholars or institutions working in Buddhism and related research writings, dissemination of Buddha’s teachings and preservation of Buddhist culture and heritage.