Their Majesties Offer Prayers for HRH Duke of Edinburgh 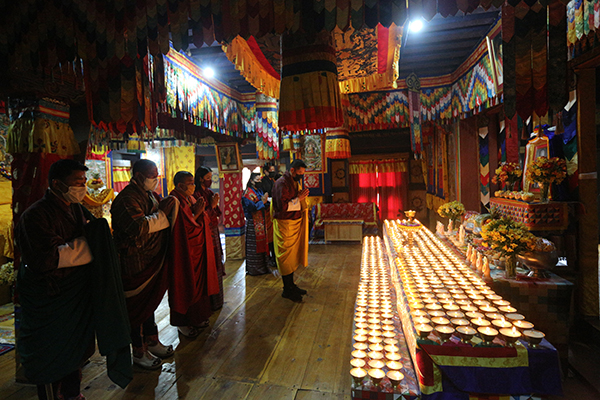 His Royal Highness The Duke of Edinburgh, husband of Her Majesty Queen Elizabeth II passed away on Friday, at the age of 99.

Upon Royal Command, special prayers have been held in monasteries across Bhutan. In Thimphu, His Royal Highness Prince Jigyel Ugyen Wangchuck, joined by the Foreign Minister, British residents in Bhutan, and Bhutanese who studied in the UK, offered prayers and lit 1,000 butter lamps at the Semtokha Dzong.