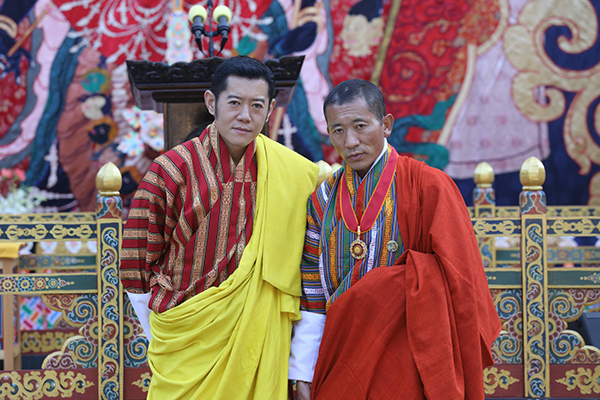 His Majesty The King conferred Lungmar Scarf to the Prime Minister, Dasho Lotay Tshering during the National Day celebration in Punakha today. His Majesty also awarded Red Scarves or Bura Marp and Druk Thuksey (Heart Son of Bhutan) Medals to individuals and organizations.

The Lungmar Scarf was awarded for his unwavering effort and contribution in fighting the ongoing pandemic as the Prime Minister. Lyonchhen is also a recipient of the Druk Thuksey during the 110th National Day in Haa for his dedicated contributions in the medical field.

“No one in my family has been a recipient of such an honour. I feel honoured and proud. I have always been giving my best and I will continue to do so. The recognition that I received today is beyond my comprehension and I feel extremely grateful,” said the Lyonchhen. 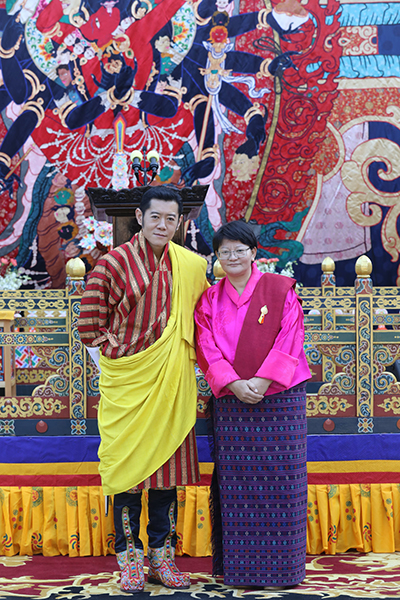 Similarly, in appreciation for the hard work in combating the pandemic, His Majesty conferred Health Minister Dasho Dechen Wangmo with the Red Scarf.

“I am really surprised, very honoured and privileged to receive this from His Majesty The King. I think there is no word to describe how I feel but at the same time this is an extra responsibility. I express my loyalty and devotion to fulfil this responsibility,” said the Health Minister.

The other Red Scarf recipients include Dasho Pem Chewang and Dasho Sonam Topgay.

Dasho Pem Chewang is the Secretary of the National Land Commission and also the Chairperson of the Eastern COVID-19 Task Force. He served as the Zimpon Wom in His Majesty’s Secretariat. 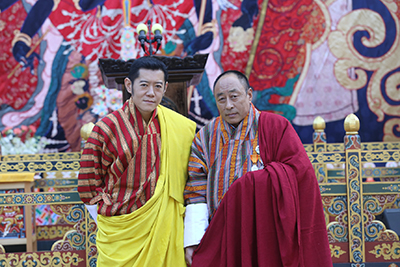 “This is recognition of trust and confidence that His Majesty has on me and I think this calls for me to take full responsibility to serve the people and in the realization of His Majesty’s vision,” said Dasho Pem Chewang.

Similarly, Dasho Sonam Topgay is currently serving as the Chief Election Commissioner and also the Chairperson of the Southern COVID-19 Task Force. 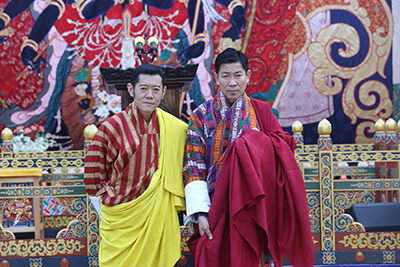 “I felt a great sense of pride and achievement of being honoured in the most historic of Dzongs in Bhutan. I think along with this humbling sense, a sense of duty has been put on me. I felt the weight of responsibility being placed on my shoulder. I felt the sense of commitment to the Tsa-Wa-Sum and at that moment I pledged to myself that I will serve the Tsa-Wa-Sum to the best of my abilities, with utmost dedication, loyalty and integrity,” said Dasho Sonam Topgay. 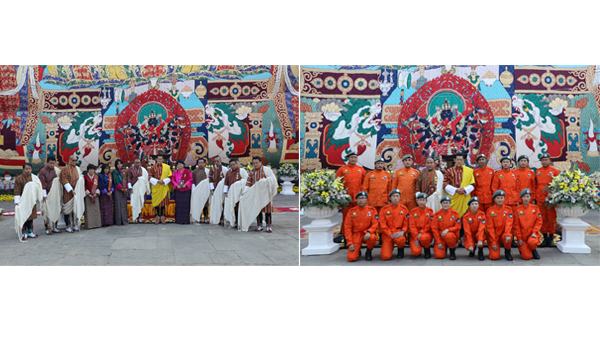 His Majesty the King also awarded Druk Thuksey Medals to the Health Ministry and De-Suung. The two institutions have been instrumental in fighting the COVID-19 pandemic in the country.