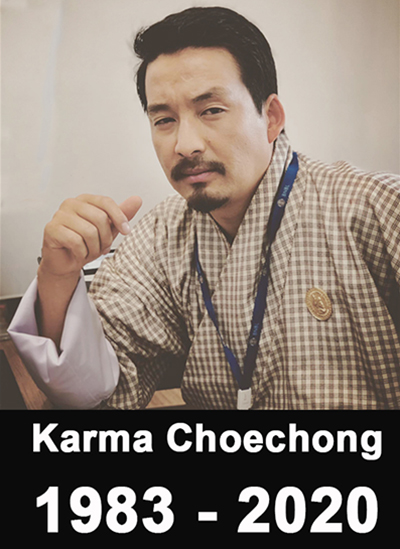 A popular actor, Karma Choechong died this morning at the Jigme Dorji Wangchuck National Referral Hospital in Thimphu. The 37-year-old actor succumbed to a severe head injury. According to the sources, he suffered the injury after accidentally falling off a horse while shooting a movie in Saephu in Wangdue Phodrang recently.

Karma Choechong started his career in 2008 as a supporting actor in the Film Industry. His first movie was “Sherubtse Ga Mi Ga”. After that, he acted in a number of films including Sharchokpa Zamin, Meto Pema and Wai Lama Kencho as a lead actor.

In 2014, he also won the best director award for his movie, “My Teacher My World”.

Some of his latest projects include Dema Tsho and Nyngtob. These movies are yet to be screened. Dema Tsho is all set to be released in the theatre but it is at halt due to the COVID-19 pandemic.

The actor was last featured in the movie The wind of Karma last year.