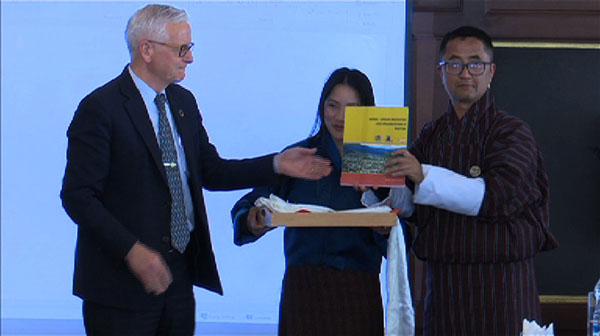 Considering the growing concerns on migration in Bhutan especially the migration effects of depopulation of rural areas and rapid urbanisation, the National Statistics Bureau (NSB) launched its report on Rural-Urban Migration and Urbanization in Bhutan yesterday. The report is based on 2017 Population and Housing Census of Bhutan.

According to the report, the majority of the migrants originating in rural areas did not move to urban areas but to another rural area in the last five years before the 2017 census. Rural to urban migration which was once considered the most concerning migration pattern stands lower to rural-rural at around 47 per cent followed by urban to urban migration at nearly 33 per cent.

The report has listed employment, dependency, education and marriage as some of the main reasons for recent internal migration.

The report also made recommendations to deal with the negative effects of rural depopulation and to improve urban sectors. The report also recommended improving statistics and administrative information.