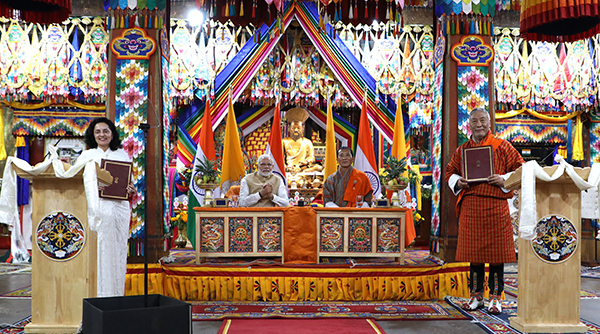 It includes MoU on Aircraft accident and investigation between the aircraft investigation, MoUs between the Royal University of Bhutan(RUB) and four leading Indian Universities for exchange of academic and faculties, MoU between National Legal Institute of Bhutan and the National Judicial Academy of India.

Also, MoU between JSW School of Law and the National School of India University (NSLIU), MoU between the Department of Information Technology and Telecom (DITT) and the Indian Space Research Organization (ISRO) towards developing and promoting space technology, MoU between National Knowledge Network of India and Druk Research and Education Network were signed.