Decorum to the winds in the House 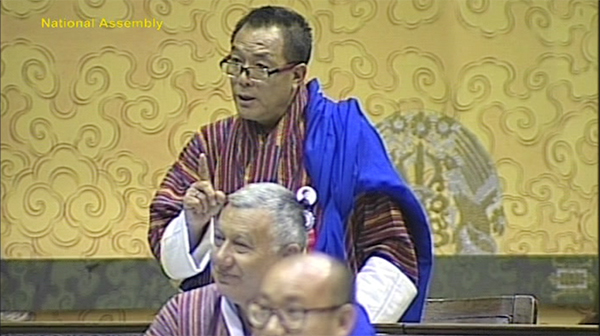 In what started as an effective deliberation on the need for an apprehensive and extensive review of the LG Act, the discussion deviated towards personal attack. This drew in public attention on Facebook describing what has happened in the National Assembly as unacceptable.

The issue arose while the Good Governance Committee of the House presented the amendment bill of the Local Government. 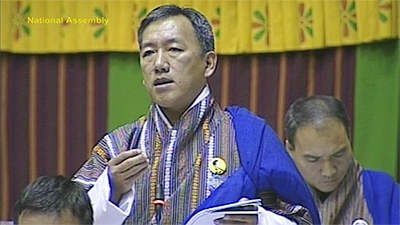 He also shared his disappointment regarding the withdrawal of  the Royal Bhutan Police Amendment Bill.

“Last time, all members including the prime minister and the cabinet ministers decided to put the bill for deliberation in this session. Then we, the opposition suggested the bill is not ready and should be deferred to the next session. But today as proposed by the chairperson of Human Rights and Foreign Relations Committee, supported by the home minister and the speaker the bill was withdrawn without any deliberations.”

The chairperson of the Human Rights and Foreign Relations Committee, Drukjeygang_Tseza MP Jurmi Wangchuk retorted,“the committee repeatedly suggested to withdraw the Royal Bhutan Police Amendment Bill  before.  Even I suggested it to the Panbang MP repeatedly that the bill needs to be looked into properly and a lot of works need to be done. And he even supported that time. But now if he has something personal against me, he has to discuss that outside the house. The parliament is for all of us.  I have more experience than him.”

He also added that he does not support the review and deliberations of the LG bill.

“Because not enough work has been done. And something that hasn’t been researched properly doesn’t deserve to be discussed and supported. The MP went on speaking about work not done extensively. If they hadn’t worked on it properly then they shouldn’t submit the recommendations here,” he said.

“Instead he should be informing the house that the review needs more time before hand. I even suggested the opposition leader about the decision to withdraw the LG bill in this session. I am a member in the Human Rights and Foreign Relations Committee, there are five from DPT and four of us from DNT. I don’t know what personal problem he has with me.”

The House decided to have a thorough review of the LG Act. However, the Good Governance committee of the house turned down the task of re-reviewing the Act.

“I do not know much about experience but I have spent eleven years in the parliament and I know about the decorum of the house. I told the Speaker last time during our meeting that the LG Bill should come from the government as the relevant agency is the home ministry. If they do not have any complaints later, we said we will take the responsibility,” the chairperson of the Good Governance Committee MP Ugyen Wangdi informed the House.

“From my side it will neither have any benefit nor harm even if the bill is withdrawn for now. I would like to inform that the committee will not be able to take the responsibility for the LG bill.”

The house decided under the Home Ministry’s leadership, relevant agencies will carry out a thorough review of the LG Act and the amendment bill. The bill will be presented for deliberations during the fourth session of the national assembly.

Seven months since the elections and into the second session of the third parliament of the National Assembly, a few members seemed still divided. Happening in the House, deemed as sacred makes it more deplorable, according to majority of social media users.