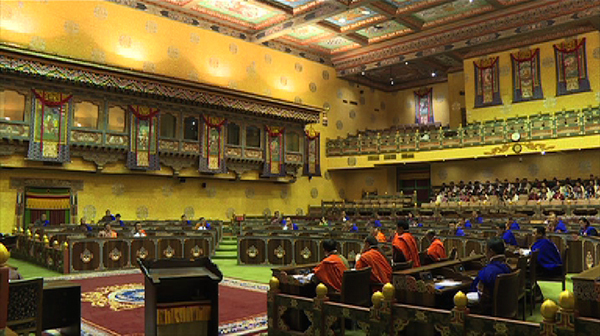 With the National Youth Unemployment rate increased from 12.3 per cent in 2017 to 15.7 per cent in 2018, MP Yeshey Dem of Khamed_Lunana asked the Labour minister what the Ministry is doing to address the issue.

During the question and answer session in the National Assembly today, the Labour minister said people should not be alarmed with the increase in number of youth unemployment rate in the country.

“I feel that numbers are more important but I am not saying that percentage is not important. When we say unemployment rate is 12.3 per cent in 2017, the total number of people unemployed was six thousand two hundred and six. And in 2018, although the unemployment rate stands at 15.7 per cent, the total number of people unemployed were only four thousand nine hundred and twenty one,” the Minister said.

However he said, today unemployment is one of the biggest challenges in the country and the government has certain plans and programmes in place to address the issue.

He said the government is also working on providing job to university graduates through National Service Programme which will help those individuals to develop working experience, acquire skills and to give them exposure to rural areas. And for class twelve graduates, the government will provide jobs through Youth Engagement Livelihood Programme for one year.