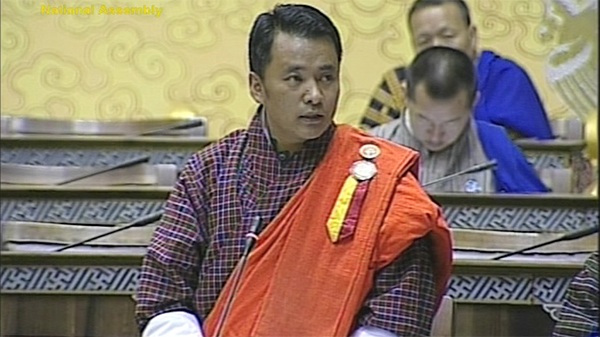 The labour minister claims that the case of Bhutanese students in Japan was not as serious as reported by the Bhutanese and Japanese media and the social media.

This was as per the findings and observations submitted by the 7 member delegation team, who recently visited Japan to study the real concerns and problems faced by the Bhutanese youths in Japan.

In the question hour session of the National Assembly today, MP Kuenga Loday of Khamdang-Ramjar constituency asked for clarifications with regard to the government’s findings on the situation of the Bhutanese students in Japan.

“As per the collaborative research conducted by the parents’ representatives and the Japanese legal advisors, they found out that 95% of Bhutanese students were unhappy with the programme. But on the other hand, as per the government’s findings, it concluded that 70 to 80% of Bhutanese students were happy and doing well. So, if the labour minister could clarify on it,” he asked.

In response, the Labour minister, Ugyen Dorji said that not every Bhutanese students are struggling as many of them still prefers to stay back in Japan to continue their studies or find a fulltime work.

“We found out that the news stating, Bhutanese students are struggling and wants to come back was untrue. The students agreed it was difficult to work in Japan but they had the determination and they look forward to work harder. They added that their problem wasn’t all about not being able to work and study, but rather it was to do with finding jobs and getting working visas after the completion of studies. They pointed out these two were the main problems faced by them,” he clarified.

To address these problems, he added the delegation team has also submitted all the lists of Bhutanese students who are currently facing visa related issues to the Japanese authorities.

And when asked about the government’s initiative to help these youths repay their loans, the labour minister informed that the ministry has approved the National Service Program. Under which, various jobs will be created for unemployed youths returning back from Japan. He also added the government will continue with the various overseas programmes as well.

The Bhutanese delegation completed their report and returned home last month. Currently, there are over 600 Bhutanese youths working in various parts of Japan under ‘Learn and Earn’ programme.