Flights from Guwahati to three domestic airports not feasible 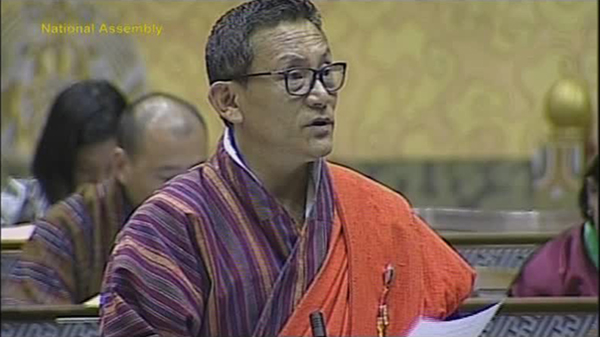 Presenting the research report on the establishment of air service from Guwahati to Yongphula, Bumthang and Gelephu in the National Assembly yesterday, the Information and Communications Minister said upgrading the three domestic airports would require significant investment. Starting air service from Guwahati would also entail the governments of Bhutan and India to exchange diplomatic notes recognising the new routes.

“Upgrading the domestic airports to International Airport means we have to make sure the airports meet the international standards. With that, it also calls for the need for infrastructure and human resources as per international standards. And even if we meet the above-mentioned needs, the decision on whether there will be such an air service depends entirely on airlines- whether they are willing or not,” Information and Communications Minister Karma Donnen Wangdi said.

But some members were not convinced with the status report.

“Flight from Paro to Bumthang, Yongphula or Gelephu have no issues despite not having adequate human resources or infrastructure. So I don’t understand why would flights from Guwahati to the same airport require extra manpower or infrastructure. I wonder what sense does it make to say that the International flights cannot land in these three airports where the landing of domestic flights don’t seem to have any issue,” Dramedtse_Ngatshang MP Ugyen Wangdi said.

The Opposition Leader asked the government to explore alternatives to start direct flights from Guwahati to the three domestic airports and not leave the issue citing international requirements.

“We all know the commercial viability is bleak. But what we expected was to start the air service based on the good diplomatic ties we have with India without having to upgrade the domestic airports to international airports. It’s apparent the domestic airports cannot be upgraded to International airports. All we need is visa, immigration and customs officials,” the Opposition Leader Pema Gyamtsho (PhD) said.

Meanwhile, Prime Minister Dr Lotay Tshering raised concerns over uncontrolled regional tourists overflowing in the regions if at all direct flight start operating from Guwahati to the three domestic airports.

The Opposition, during the last session, moved the motion to start direct flights from Guwahati to three domestic airports of Yongphula, Bumthang and Gelephu. It was towards promoting tourism for balanced regional development in the country.