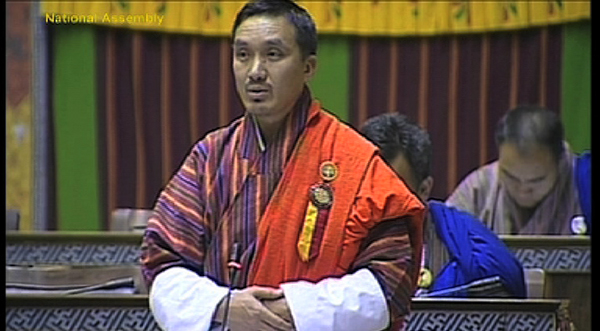 The east-west highway widening works missed several deadlines, with the latest deadline for the completion being in February this year. In the National Assembly question hour session yesterday, the Bartsham_Shongphu MP questioned the Works and Human Settlement Minister on the work progress.

“It’s been around six years since the east-west highway widening works began. It is a huge project and hasn’t been completed yet. That’s why it’s important that the government informs us about the completion date of the project. Travelling via the road I have observed that in some areas works are yet to begin. Forget about completing in February, I think it’s going to take a few more years,” Bartsham_Shongphu MP Passang (PhD) questioned the minister. 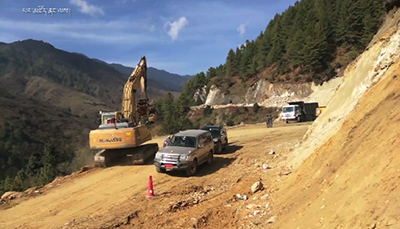 He added that delay has affected the people of seven districts.

Responding to the question, the Works and Human Settlement Minister Dorji Tshering said the government is determined to complete the east-west highway soon despite several delays. However, he did not give the exact deadline for the completion of the highway.

“The construction of the east-west highway was assigned to 40 contractors, of which due to unavoidable circumstances, few of them couldn’t complete on time causing delays.  Otherwise, the overall work is complete by 96 per cent now. The one which is yet to complete is the road construction between Trongsa viewpoint to Trongsa which is about 13 kilometres. We have the plans ready on going forward. It is likely to take till mid-2020.”

The minister was also questioned on the progress of south-east highway, roads connecting dzongkhag to dzongkhag and alternate routes such as Khomshar-Wama and other road constructions.  Lyonpo further added the government has prioritised its focus on roads to narrow the gap and work towards completing all the constructions.