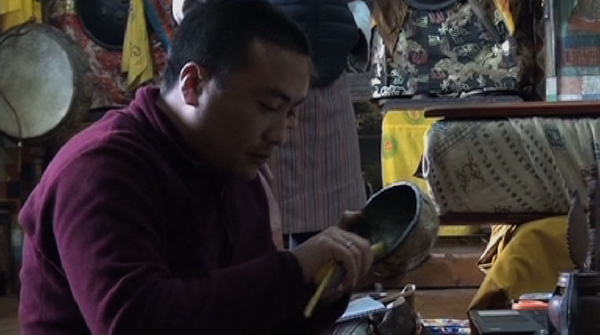 The second verification process of the national artefacts is underway in Punakha. The verification is carried out as per the old records of an inventory conducted in the early 1980s and in between 2003 to 2007.

It is being conducted as per the moveable cultural property act 2005.

Section 10 under the act states that every after  3 to 5 years, the Zhung Dratshang, Rabdey and the Department of Culture shall conduct a joint investigation of valuable cultural properties to ascertain whether the conditions of these properties are still in accordance with their Thrams. It also says a report of the investigation has to be submitted to the Dratshang Lhentshog and the Ministry of Home and Cultural Affairs.

Officials carrying out the verification process say three to six months time period is being provided to produce the missing items and failing to do so will be dealt as per the law.

“Most of the artefacts owned by the private individuals are the ones reported missing mainly because some do not know the actual value and do not take proper care. Once it is registered with us, we monitor it regularly. We verify and report the missing items to the police. After the investigation is complete we make changes in the registration,” Phendey Lekshey Wangchuk, the Chief Cultural Property Officer of the Department of Culture, said.

The department also provides experts for the renovation of the artefacts such as statues and paintings.

The department will also be carrying out verification of the national artefacts in all the 20 Dzongkhags.