His Holiness presides over Chenrezig Drubchen in Trongsa 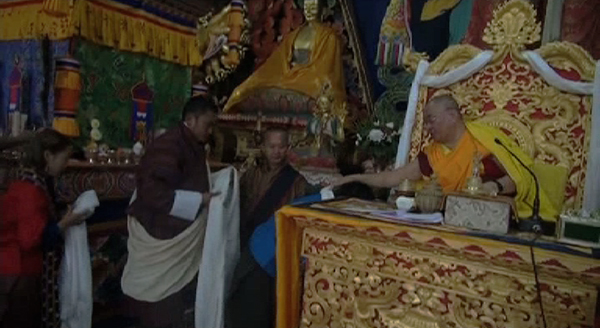 His Holiness the Je Khenpo is presiding over a three-day Chenrezig Drubchen at Tangsibji Gewog in Trongsa. The sacred prayer ceremony, which began yesterday, is conducted for the continued peace and prosperity in the country.

Hundreds of devotees gathered for the ceremony at Tashichoeling Lhakhang. This is the first time His Holiness is presiding over such a ceremony in Trongsa.

People of Tangsibji requested His Holiness to preside over the ceremony since the Lhakhang houses the biggest Chenrezig statue in the country. His Holiness consecrated the statue, which is over 30-feet tall, in 2011.

The Chenrezig Drupchen will replace the mani dhungdrup held at the monastery annually.

Trongsa is the second district after Lhuentse where His Holiness the Je Khenpo is presiding over such a sacred prayer ceremony.