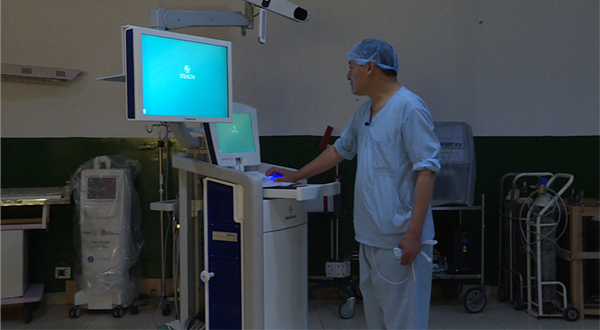 The high-end neuronavigation system at the Jigme Dorji Wangchuck National Referral Hospital (JDWNRH) in Thimphu has enabled the country’s lone neurosurgeon in providing neurosurgical care to a good number of patients in the country. He said the system has significantly contributed in carrying out safe brain surgeries.

Earlier about 50 per cent of the patients were referred to India for brain surgery. But today, with the machine, the hospital conducted successful brain surgeries of nine patients.

The hospital received the neuronavigation system from the Friends of JDWNRH-Vienna, a society based in Austria in October last year.

The lone neurosurgeon, Dr Tashi Tenzin said, the machine enables in guiding the surgeon particularly on providing an accurate location on where to start the operation or incision in the brain.

The equipment also helps in providing safe and accurate surgery.

“Initially we make a very big incision to reach any disease or tumour but with this technology, it helps me on how much depth I go, what and which direction should I go while performing operations. This provides me with a lot of confidence in providing safe and accurate surgery. I personally feel that this is like my right hand and is helpful,” Dr Tashi Tenzin said.

With this facility, he said it can avoid normal brain damage during operation. According to him, there are many patients suffering from brain illnesses such as brain tumour, stroke and motor vehicle crashes causing brain injuries among others.

“Now the awareness is increasing and we have CT scan in Mongar, Gelegphu and Thimphu. I think our diagnostics and detection is increasing and therefore it seems that  there is an increasing number of people suffering from brain illnesses.”

The machine can also be used to operate different parts of the body such as ear, nose and throat, and spinal cords among others.