Bhutan’s LDC graduation likely to be deferred to 2023 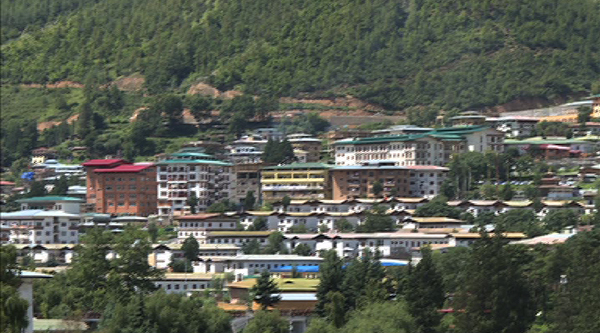 Bhutan has sought a deferral of its LDC (Least Developed Country) graduation year to 2023 from 2021. The United Nation’s Committee for Development Policy and the Economic and Social Council have approved the proposal.

The proposal will now go to the UN General Assembly later this year for endorsement.

Bhutan was recommended for graduation from the Least Developed Countries’ category by the United Nation’s Committee for Development Policy as it has met the Human Assets and Gross National Income (GNI) indexes, two of the three criteria for LDC graduation.

The committee made the recommendation at two consecutive triennial reviews, one held in 2015 and the other in March this year.

In June this year, the Gross National Happiness Commission (GNHC) requested the UN Committee for Development Policy to consider its graduation in 2023, which will coincide with the end of the 12th Plan.

“In recognition of the work that needs to be continued and to prepare not only for graduation but also beyond graduation, Bhutan has sought an extension of the standard three year transition period by additional two years,” Dechen Pelmo, a Senior Planning Officer with the GNHC, said.

“The year 2023 will mark the end of the 12th Plan, which means 2023 would be a more effective graduation year than 2021. So, essentially the 12th FYP will be Bhutan’s last plan as an LDC. Among the many things that need to be ensured, one is to make sure as Bhutan graduates, it does so on a sure footing with no possibility of sliding back into the category.” 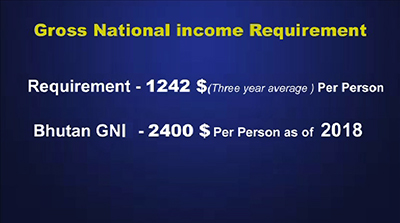 The Gross National Income threshold of three-year average for graduation is US$ 1,242 per person. Bhutan has met this criterion with its GNI per person standing at more than USD 2,400 as of March 2018.

The country’s Human Asset Index has improved from 45 in 2000 to close to 73 in 2018, driven mainly by an increase in gross secondary education enrollment.

In spite of an improvement in the Economic Vulnerability Index from 40 in 2000 to 36.3 in 2018, Bhutan has failed to meet the set criterion in this area. But the country still remains eligible for graduation since it meets the other two criteria.

Also, it’s reported that none of the LDCs recommended for graduation has met this criterion as of now.

Bhutan being a landlocked mountainous country with a small domestic market remains major challenges that render the country’s economy vulnerable.

Bhutan will be placed among the developing countries’ list once it graduates from the LDC category.

“If you look at the graph of GNI and Human Assets, that is, health and education, over the last 15 years, the country has come a really long way,” Daniel Gay said.

“The country was nowhere near meeting the criteria back in 2000. But steadily progress has been made and over the last six years, you have crossed the threshold required to meet the criteria for GNI and Human asset,” he added.

While it’s an achievement, on the one hand, there are scepticism and concerns over losing foreign aids and LDC related supports on the other. But GNHC’s LDC Focal Point Dechen Pelmo says Bhutan is not expecting any major negative impacts. 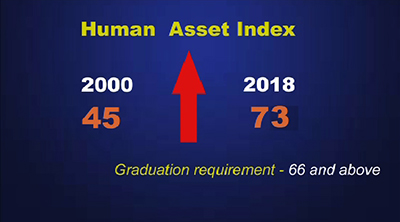 “There are three broad categories of support extended to LDCs- overseas development aid, trade-related support, and general support measures. Generally, after graduation, a country is granted the standard transition period of three years. During that time, an LDC would continue to receive all support measures,” she said.

“In the case of Bhutan, if our graduation is confirmed by the UN General Assembly later this year, we will continue to receive this support for a minimum period of three years, and five years if the extension of the standard three year transition period by additional two years is granted. In terms of foreign aid, we are expecting a minimal impact as most existing donors’ aid to Bhutan is not tied to our LDC status. Similarly, in terms of trade as well, we are expecting a minimal impact.”

However, she says preparation for graduation is an on-going process to ensure that what the country has achieved so far in the social sector is sustained, while at the same time, strengthening and diversifying the economy by making it resilient.