Documentary film from Bhutan to be screened across Japan 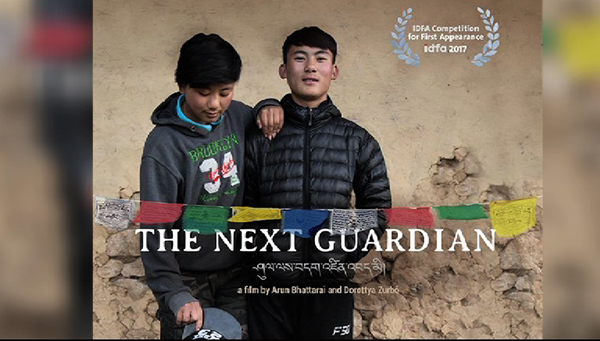 The Next Guardian, a documentary film co-directed by Bhutanese film maker Arun Bhattarai and Hungarian film director Dorottya Zurbó, will be released in more than 20 cinemas across Japan next month.

The film will hit the theatres beginning August 18 from Tokyo. This is the first time a documentary film from Bhutan will be screened in Japanese theatres.

The 75-minute long film revolves around the theme of generation gap. It depicts a tussle between tradition and modernity.

The film specifically touches on the clash between contrasting dreams of two generations when Gyembo is chosen as the next guardian of their family monastery by his father.

“This family has been taking care of the monastery for hundreds of years. Now, the father, who is the guardian of the monastery, wants to pass it down to his son. However, the son has other dreams. He does not really want to take over the monastery,” Arun Bhattarai said.

The film goes on to show how the family navigates the clash between traditional values and modern dreams.

“Although these two generations have contracting dreams, there is also a lot of love in the family. So, this film is about how the two generations try to find a balance and compromise to live together.”

The documentary has been screened at 25 film festivals already. It has also been aired on Polish, Dutch and Swedish televisions.

The film will have its premiere in Thimphu in September.