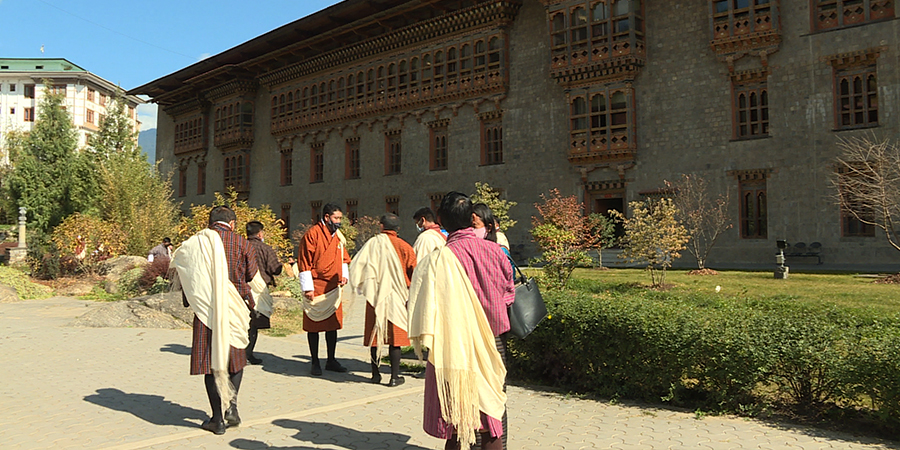 The High Court dismissed the appeal from seven local government candidates whose audit clearances were revoked after the selection procedure or Dhamngoi Zomdu. They appealed to the high court yesterday to authorise them to contest the election since they have not been convicted.

They went to the high court hoping for a change in the decision. Their audit clearances were revoked after the Anti-Corruption Commission (ACC) had written to the Royal Audit Authority (RAA) saying that they have cases against them.

According to them, they have all the required papers in place and even filed their nominations accordingly after getting selected from the selection procedure initiated at the chiwog level earlier this month. However, the RAA revoked their audit clearances at the last minute disqualifying them from contesting in the election.

“If there is a case against us, they should have informed us before we decided to partake in this. But in this case, they allowed us in the first place and later when we are all ready, they just revoke what they gave at the last minute. We are confused,” said Kencho Dorjee, the former Soe Gup from Thimphu.

“We requested the ACC to allow us to contest in this election. If we are proven guilty of corruption after the election, we said we will refund all the expenses of the election along with fines the commission levy on us,” said Ugyen Khandu, the former Guma Gup from Punakha.

A former Tshogpa in Guma Gewog, Namgay Bidha, alleges that the ACC sat on her case for more than a year and a half only to bring it up today disqualifying her in the process. “What if the court finds that were are not involved in corruption at all after the election? The ACC should not keep a case pending for more than six months,” she said.

“It is as if the audit clearance certificates are not issued from the RAA. For us, we got it from the RAA itself. We came here today because it’s not fair to us for what is happening,” said Pemba, the former Dangchhu Gup from Wangdue Phodrang.

And according to the former Chapchha Gup, Tobgay, it will set a bad precedent if they don’t raise their voice against what is happening today. He said the same will again happen in future elections, be it in Local Government or Parliamentary.

“The poll day is on December 22. So I am doubtful how the election will be conducted if the authorities keep on accepting all the allegations and cancel the candidature,” said Kaka, the former Lunana Gup from Gasa.

The former Nyisho Gup, Phub Dorji, says the rule should be applied the same to everyone. He said a candidate was allowed to contest in the last parliamentary elections even when there was a case registered with the ACC and the OAG against him. He said the candidate contested because the Constitution’s Article 7 Section 16 allows all Bhutanese to be presumed innocent until proven guilty.

“He won the election despite that and was also in the cabinet. We just hope that we will be treated in accordance with the constitution,” he added.

But the high court said as per the Election Act, a court shall not have jurisdiction to question the legality of any action taken by the election commission in connection with an election, except upon receiving an election petition or an election appeal.

In this Local Government election, the RAA revoked audit clearance of nine Gup candidates, two Mangmi and a Tshogpa candidate. The clearance was revoked as the candidates have a case with the ACC.

Wangdue Phodrang had the highest clearance revoked with three Gup candidates and a Mangmi candidate. RAA says the local leaders are unaware of their responsibilities of settling audit memos until the final scrutiny of nomination candidates.