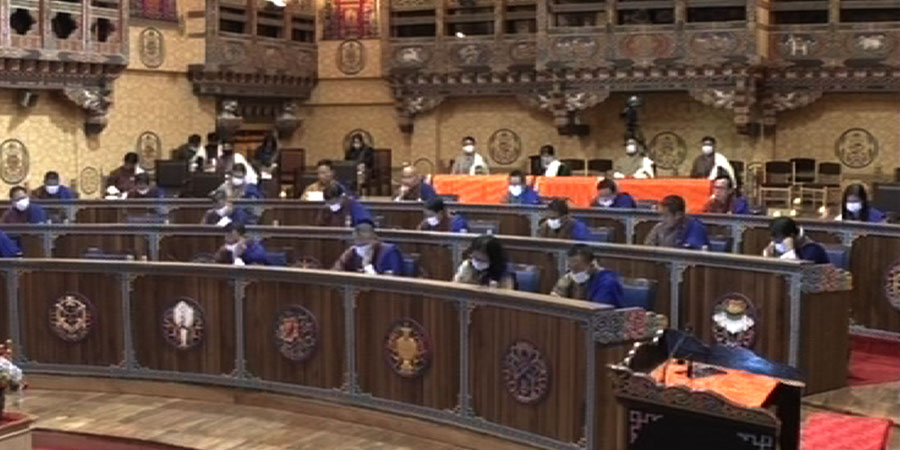 The Good Governance Committee (GGC) of The National Council recommended granting the Anti-Corruption Commission (ACC) complete independence over adequate Human Resource (HR). The ACC proposed it as a new section in the Anti-Corruption (Amendment) Bill. According to the committee, the ACC shall determine its organisational structure and administer it independently.

Of the 61 sections of the amendment bill the committee presented in the house today, security and independence of adequate human resource of the ACC was discussed at length.

According to the Committee’s Chairperson Surjaman Thapa, the ACC has been reflecting shortage of human resource as a major hindrance in carrying out the commission’s mandates.

“The reason why we have decided to give this HR independence to the commission is the commission henceforth will have enough adequate human resources to carry out any kind of task that falls on them.”

Dorji Khandu, Member of Parliament from Gasa said independence over HR and finances is critical for the ACC. “To strengthen the commission as an independent organisation we should provide complete independence. Be it HR or any other matter, the commission should not depend on other agencies to work efficiently.”

Meanwhile, the committee recommended that the commission could outsource human resources from other agencies for educational and advocacy programmes if the commission is not in a position to meet the required manpower.

“Having said so the clause doesn’t give the right to outsource any of the investigation work or to distribute or leak any of the confidential document,” said the Chairperson.