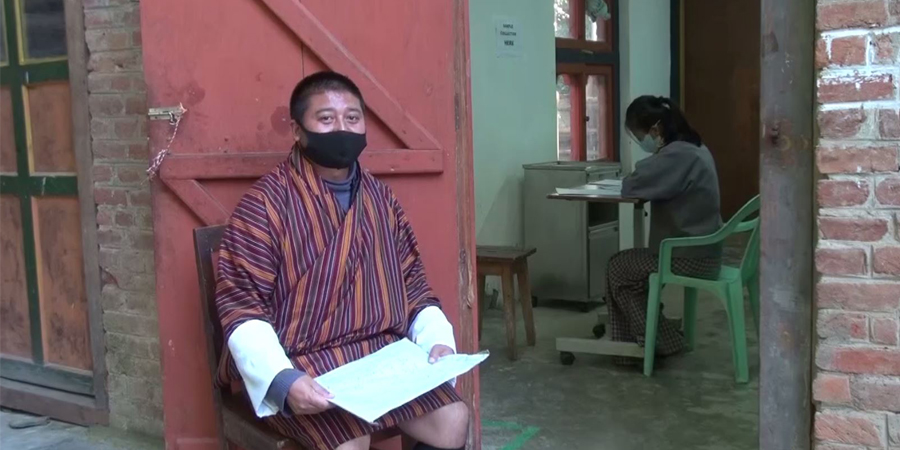 Living up to one’s dreams and parents’ aspirations is a heavy load every student carries. Some even forgo sleep and skip meals just to do well in the exam and make them proud. Giving up the annual exam is never an option. Apart from a year wasted, it would also kill a part of the parents’ hopes. Not surrendering to her fate, this is exactly what a student in Nangkhor Central School in Pema Gatshel is doing.

The annual exam was just around the corner when 16-year-old Rinchen Pelden, a class 11 student in the school was diagnosed with tuberculosis. She has been in Pema Gatshel hospital for the last month. However, she is not letting the illness snatch away her one year of hard work.

Set in one of the empty rooms in the hospital, she sat for the first paper on 22nd November. 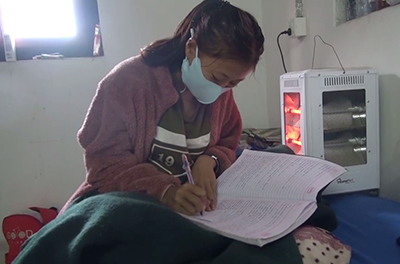 “I don’t want my one year of hard work and my parent’s expenditure to go to waste. Moreover, if I don’t sit for the exam, I would have to repeat the same standard next year,” said Rinchen Pelden.

Her brother who is with her said he can’t be more grateful to the school administration and the hospital for facilitating special arrangements for her sister.

“After she wanted to sit for the exam, we sought assistance from the hospital and the school administration. They have been very considerate to our request,” Sonam Dorji said.

The school administration has also gone beyond the norms to assist her with whatever they could.

According to the Principal, Phurba Tashi, she was ready to take the exam, besides the hospital wrote to them stating that she is fit to sit for the exam. 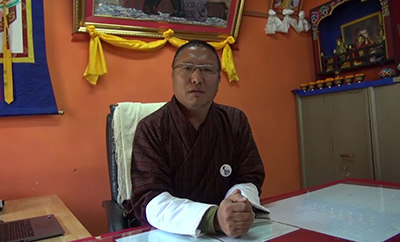 “The school administration decided to support her. We were also worried that she could lose a yearlong hard work and dedication to her study,” the principal added.

The principal also said that they wanted to accommodate her along with other students in the school. However, they could not risk it as TB is an easily communicable disease.

Today, teachers take turns to travel about 10 kilometres from the school to do invigilation duty.

And with so much support from the school, Rinchhen Pelden is leaving no stones unturned to do what is best for her. She will finish her exam on December 3.